Delhi is north, Tamil Nadu is south, never the twain shall meet

Two Tamilians will be handling two of the four big portfolios. Would that be good enough to assuage the sense of alienation in Tamil Nadu post the polls in which the State had totally rejected the AIADMK aligning with the BJP at the national level for the Lok Sabha elections? There are bound to be additions soon to the Union Cabinet which is way short of the regular “jumbo” classification now. Even so, the message is already clear that the State of Tamil Nadu which used to occupy the minds of those running the Centre does not count for much right now. 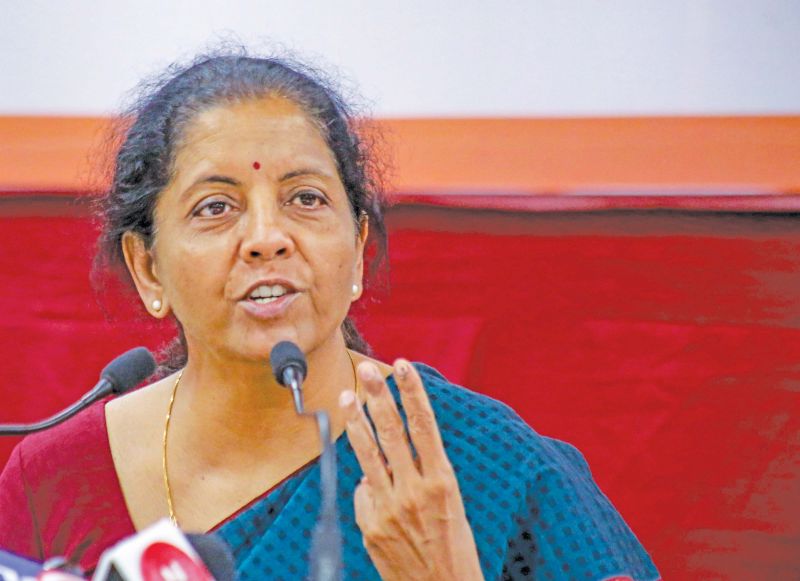 Nirmala Sitharaman won’t be the first Finance Minister from Tamil Nadu. Free India’s first finance minister was R.K. Shanmukham Chetty who presented independent India’s first Budget. TT Krishnamachari was a prominent one in Nehru’s Cabinet until a whiff of scandal unfortunately brought him down. As Defence Minister, she may have done all women proud but she would have found the NSA, Ajit Doval, breathing down her neck a bit more than would have been to her liking. She may find herself working a lot more under the direct supervision of the PM in her new job as there is so much to do about the economy, and on a war footing at that.

The appointment of Subrahmanyam Jaishankar as foreign minister is interesting because normally the big four portfolios are given to senior politicians rather than retired bureaucrats. That is the way the game usually operates as otherwise we would have had more economists sitting in the Finance Minister’s chair rather than two eminent lawyers in P. Chidambaram of UPA and Arun Jaitley of NDA, who were the previous occupants for almost 15 years of what the public sees as the key ministry. The decision of finance ministers has a greater connect with the people and an impact on the economy.

The fact is Tamil Nadu has been temporarily left out of the larger scheme of things in the national capital. The one berth in the Cabinet that may have been the AIADMK’s has not yet been given because - as reports have it - of differences between the CM and his deputy. With the deputy CM’s son in the reckoning for that berth, there might have been just that bit of friction leading to the current impasse.  This may get sorted out soon enough but an avoidable situation has arisen in which the state has been relegated to its more regular classification as that remote place in the South. This might, however, suit the temperament of a people who believe they have the right to assert their freedom of choice.

The overwhelming vote for the DMK as the party to represent the State in the Lok Sabha again after a five-year absence may have come as another in a five-year cycle of events featuring the two Dravidian parties and their ability to claim the hearts of the voters. It is to be seen more as a reward for MK Stalin’s diligence in extended campaigning in the hinterland. If anyone matched him in the number of hours spent at the hustings it is the chief minister Edapaddi Palaniswami. Much of the credit for his ruling party winning nine Assembly seats to keep the majority in the fuller assembly.

The political stalemate is a bit like the status quo as the third largest party in the 2014-19 Lok Sabha was considered friendly but not quite an ally and nearly meaningless as a Parliamentary presence save in coming to the rescue of the government when it strategically needed to shut down Parliament proceedings. The third largest party in the new  Lok Sabha will be the DMK but it will be sitting with the opposition along with the Congress party whose numbers are not that much larger than they were the last time out. The national party must, however, be more than thankful that the preference for the DMK among the TN voters this time out fetched them the numbers to be able to pass the previous figure of 47.

The Congress is still ineligible to claim the official Leader of the Opposition status, important for a meaningful presence in the panel that selects the CBI director but that could change with a NCP merger. How convenient political arithmetic is! A Punjab-Kerala-Tamil Nadu party is aspiring for national status in the current House, but such things are temporary. Elections are won and lost but ideas stay on and that is simply what the great Indian dynasty is waiting for. Meanwhile, a mother’s platitudes in praise of her son were a sort of lone cry in the wilderness so far as contemporary history is concerned. The ‘hug and the wink’ son is no Moses who can lead his men out of the wilderness.

The latest runaway hashtag in Tamil Nadu was in reaction against the draft education policy in a a revival of the old anti-Hindi agitation. The problem is those ruling in Delhi never seem to get what is principally a matter of choice of what languages a student wants to learn. The mere suggestion that Hindi should be a compulsory third language in schools is sufficient to show what mood Tamil Nadu is in today as a consequence of the sense of alienation from the Centre. To them northerners, Delhi is the centre of the universe, to Tamils their southern perch is the inviolable fortress and never the twain shall meet.

(R. Mohan is the Resident Editor of the Chennai and Tamil Nadu editions of Deccan Chronicle)