Several huts caught fire after clashes between police and encroachers who were being evicted from Jawahar Bagh in Mathura. (Photo: PTI)

Barabanki: With the Samajwadi Party coming under fire in wake of the violent clashes in Mathura, Uttar Pradesh Chief Minister Akhilesh Yadav on Friday said that the police should have been 'more prepared' before trying to evict the agitators, who had encroached on the land.

"It is quite unfortunate that such an incident happened in Mathura. The police had gone there to warn the people and the incident happened while they were doing the recce. They did not know how much arms and ammunition the locals had with them at the time. 19 people have died so far, including two police officers," Akhilesh told the media. 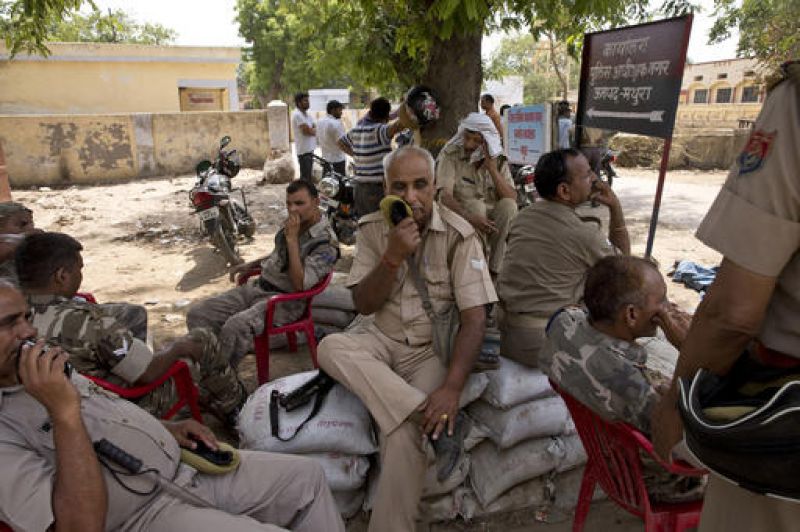 Police guard an entrance to a park where clashes between police and squatters broke out. (Photo: PTI)

Stating that the Allahabad High Court had given them orders to remove the people, who had encroached on the land, he added that the state government had tried to speak to them and had also warned them of dire consequences but the locals still chose violence.

The Chief Minister also ruled out a CBI probe into the matter, saying that it would be conducted only at the Commissioner-level and action will be taken against the guilty following the investigation.

"The people there were squatting on the government's property. The police should have gone ahead with full preparation, as they clearly did not know about the cache of ammunition that the locals had with them at the time," Akhilesh said.

The Chief Minister had earlier ordered an inquiry into the incident and also announced an ex-gratia of Rs. 20 lakh to the family of deceased policemen. 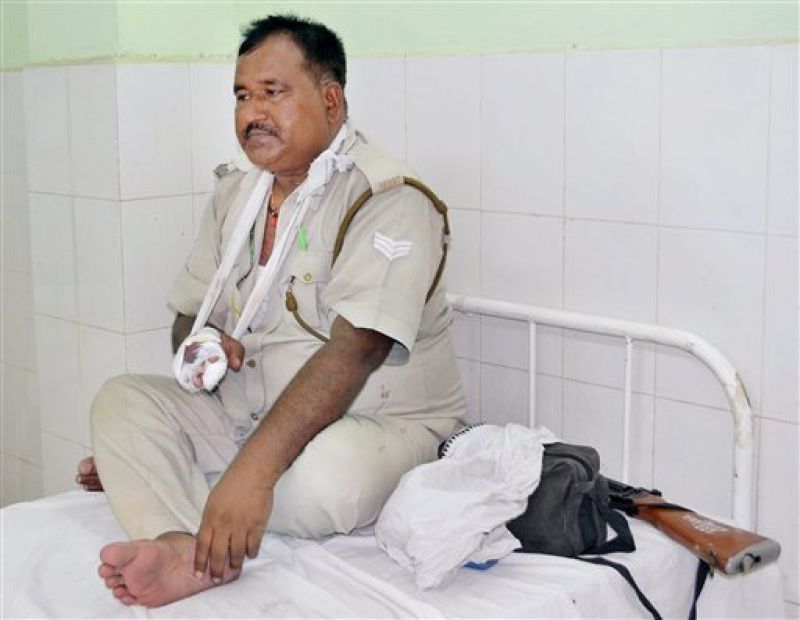 A policeman being treated in the District Hospital after he got injury during clashes in Mathura. (Photo: PTI)

Meanwhile, the death toll in yesterday's Mathura clash has risen to 24. Those killed include Mathura Superintendent of Police (City) Mukul Dwivedi, Farah Police Station SHO Santosh Yadav and 20 protesters. More than 40 people have been injured in the incident.

The clashes between police and protesters broke out when the men in uniform launched a drive to clear encroachment in Jawahar Bagh area of the city. The BJP has demanded a judicial probe into the clashes.

Union Home Minister Rajnath Singh earlier had a telephonic conversation with the Uttar Pradesh Chief Minister and assured him of complete help from the Centre in wake of the unfortunate incident.

Read: Hema Malini embarrasses BJP, tweets about her shoot after 21 die in her constituency

Over 100 people, including City Magistrate Ram Araj Yadav, were also injured in the clash that lasted for almost four hours.

The encroachers, who described themselves as 'Satyagrahis', were reportedly from a semi-religious sect.

The authorities have cleared the area and a manhunt has been launched to nab the culprits.

PM Modi pitches for Made in India products in healthcare