The districts which are in the path of the Cyclone Fani are Puri, Gajapati, Ganjam, Khurda, Naygarh, Cuttack, Jagatsinghpur, Kendrapara, Jajpur, Bhadrak and Balasore. (Photo: ANI | Twitter)

Mumbai: Cyclone Fani, the most severe storm since the super cyclone of 1999 in Odisha, made its landfall in Odisha’s Puri on Friday.

The landfall process which began at 8 am will continue till afternoon.

The casualty figure will expectedly rise after the road communication and telecommunications were restored, enabling the state authorities to gather information about the actual damages.

Hundreds of thatched houses collapsed and asbestos houses also got damaged in the cyclone. Asbestos sheets were seen flying in the air like kites.

Some buses and cars parked on the roads overturned because of the high wind speed.

High-rise buildings and apartments in Bhubaneswar and Puri were seen swinging in the strong wind, causing panic among residents.

Under the impact of the cyclone, coastal district experienced heavy rainfall accompanied by wind speed gusting from 142 to 175 km per hour.

“The landfall of Fani has begun at Puri in Odisha. We have recorded wind speed of 142 km from hour gusting up to 175 km per hour,” said Dr Mrutyunjay Mohapatra, Additional Director General of India Meteorological Department, New Delhi.

The Army, Navy, Air Force, Coast Guard and other disaster management agencies are on stand-by.

06:55 pm: In a telephonic conversation to ANI, Govt of India spokesperson said,  "In Puri, there has been extensive damage to kuchha houses, old buildings and temporary shops. Until now, there has been no confirmed report of deaths, but 160 were injured reportedly. Power and telecom is completely down. NDRF and State forces are clearing roads."

Govt of India Spokesperson: As per telephonic information, in Puri, extensive damage to kuchha houses, old buildings and temporary shops. No confirmed report of deaths, but 160 reportedly injured. Power and telecom is completely down. NDRF & State forces are clearing roads. #Fani

06:45 pm: Visuals of heavy rainfall and strong winds from Digha.

06:14 pm: Video from Biju Patnaik International Airport in Bhubaneswar after cyclone Fani made a landfall in Puri.

03:00 pm: A 32-year-old woman gave birth to a baby girl in Railway Hospital today. Baby has been named after the cyclonic storm, Fani. The woman is a railway employee. Both the mother & child are fine.

02:45 pm: In videos posted by Sitangshu Kar, the Director General of the Press Information Bureau, the roof at the undergraduate hostel in the All India Institute of Medical Sciences in Bhubaneshwar was seen being blown off.

02:00 pm: KJ Ramesh, Director General of IMD said, “Cyclone Fani, the strongest storm to hit India since 2014, is weakening after barrelling into Odisha. After making landfall this morning, cyclone Fani has started weakening and it’s likely to enter Bangladesh by tomorrow evening.”

“No cyclone ever had such a long duration in April,” he added.

Bishnupada Sethi, Odisha state special relief commissioner said, “I can confirm two deaths for now. One old man in one of the shelters died because of (a) heart attack. Another person went out in the storm despite our warnings and died because a tree fell on him.”

12:45 pm: Model code of conduct, in place for Lok Sabh elections, has been relaxed in four Andhra Pradesh districts -- East Godavari, Visakapatnam, Vizianagram and Srikakulam -- in view of relief work required due to destruction caused by Cyclone Fani.

12:41 pm: Odisha: Food being distributed at cyclone shelter set up at Sea Aquarium, in Paradip.

12:40 pm: Odisha: Police personnel of Nayapalli police station clear roads in Bhubaneswar. Several trees have been uprooted in the heavy rain and strong winds which hit the region today.

12:25 pm: BJP President Amit Shah cancels his all 3 public rallies in Jharkhand today, due to bad weather conditions in the state.

12 pm: Indian Navy: Indian Navy's P-8I and Dornier are being scheduled to be launched in the afternoon for undertaking aerial survey to assess the extent of impact and devastation post FANI crossing the coast.

11:58 am: Mrityunjay Mohapatra, IMD, Delhi: Cyclone Fani has moved away from Andhra Pradesh, so, we have issued a de-warning. 3 districts in the state were impacted by heavy rainfall.

11:45 am: Odisha: Several trees uprooted in Bhubaneswar as strong winds hit the region under the influence of Cyclone Fani.

Read: Cyclone Fani: No flights to, from Kolkata airport between 3 pm today to 8 am tomorrow

11:36 am: West Bengal: NDRF team deployed at Digha evacuated total 132 people, including 52 children, from Dattapur and Tajpur. They have been taken to a shelter.

11:15 am: Andhra Pradesh: People take refuge in a shelter in Ichchapuram town of Srikakulam district. Some houses were damaged in the rain and wind experienced by the district today. IMD says the system influence will be prevalent in Srikakulam for next 12 hours.

10:40 am: After landfall, cyclone Fani is very likely to move north-northeastwards, weaken gradually and emerge into Gangetic West Bengal as a severed cyclonic storm and move to Bangladesh after weakening, the IMD said. 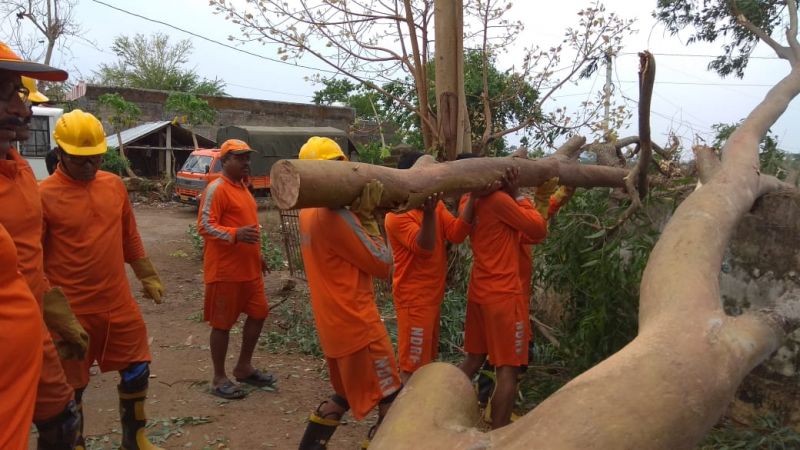 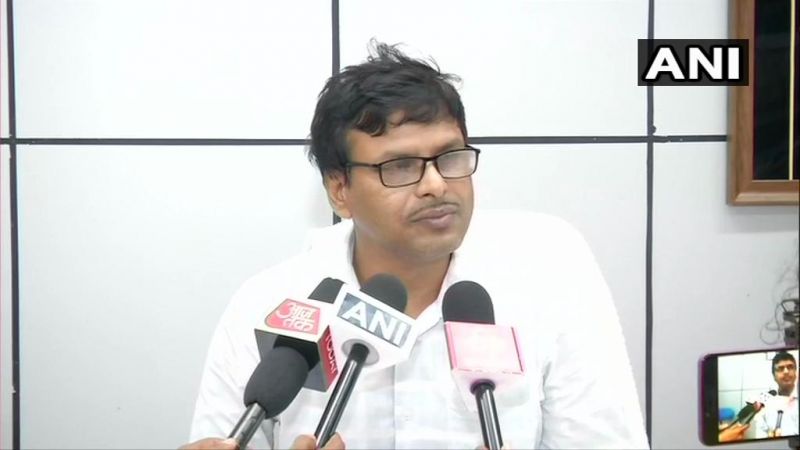 08:53 am: An official from the Special Relief Commissioner (SRC) office said, “The highest number of people -- 3 lakh -- was evacuated from Ganjam district while 1.3 lakh others from Puri district.” 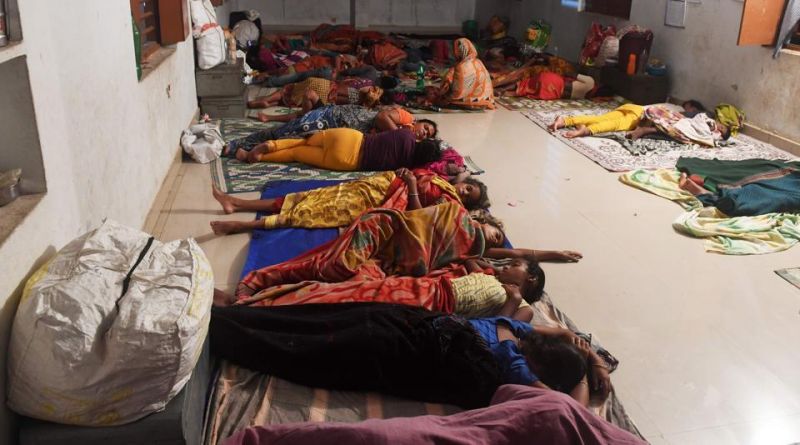 On Thursday, Prime Minister Narendra Modi held a meeting with top officials to review preparations for the Cyclone Fani.

More than 1 million people have been evacuated from vulnerable districts in last 24 hours in Odisha.

The Home Ministry has set up a control room and anyone who needs assistance or updates can call on the helpline 1938.

All flights from Bhubaneswar have been cancelled from midnight. Kolkata airport will be shut between 09:30 pm on Friday till 6 pm on Saturday.

The districts which are in the path of the Cyclone Fani are Puri, Gajapati, Ganjam, Khurda, Naygarh, Cuttack, Jagatsinghpur, Kendrapara, Jajpur, Bhadrak and Balasore.

The East Coast Railway has cancelled over 147 trains till Saturday. Three special trains were run from Puri to Howrah and Shalimar in West Bengal on Thursday to facilitate the evacuation of tourists.

More patients than beds in Mumbai as coronavirus cases surge