The dust storm caused major destruction in Alwar where more than 100 trees were uprooted, many of which fell on stationary vehicles and snapped electricity cables. (Photo: PTI)

New Delhi: A dust storm, accompanied by rain, swept across several parts of western and northern India on Wednesday. The storm wreaked havoc across Uttar Pradesh and Rajasthan, killing over 90 people and injuring over hundreds. The high-intensity storm also disrupted normal life and damaged houses in many areas.

The storm swept across Delhi as well, but no loss or damages have been reported from the national capital. However, flight operations were affected for a brief period of time.

Prime Minister Narendra Modi took to Twitter to offer his condolences and said the states have been offered help deal with the crisis.

Saddened by the loss of lives due to dust storms in various parts of India. Condolences to the bereaved families. May the injured recover soon.

Have asked officials to coordinate with the respective state governments and work towards assisting those who have been affected: PM

Uttar Pradesh Chief Minister Yogi Adityanath has announced a compensation of up to Rs 4 lakh to the families of the deceased and Rs 50,000 for each of the injured. 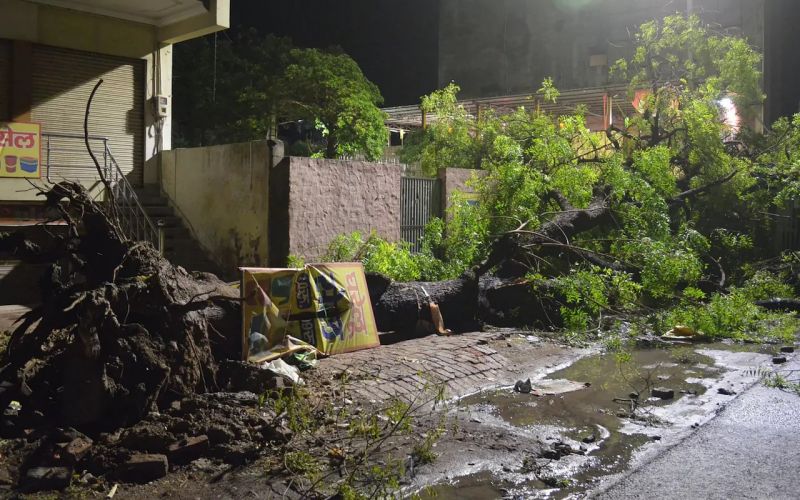 Agra is the worst-hit region as many trees were uprooted and power cables snapped. (Photo: AFP)

"As per the latest figures received, 64 people were killed and 47 injured in the dust storm in different parts of the state," Relief Commissioner Sanjay Kumar said.

In Rajasthan, at least 31 people died after the storm swept through eastern part of the state. It caused major destruction in Alwar where more than 100 trees were uprooted, many of which fell on stationary vehicles and snapped electricity cables.

The maximum damage was reported from Bharatpur district, where 12 people died.

The power distribution company switched off electricity to prevent further damage. The district has been without electricity since Wednesday night. 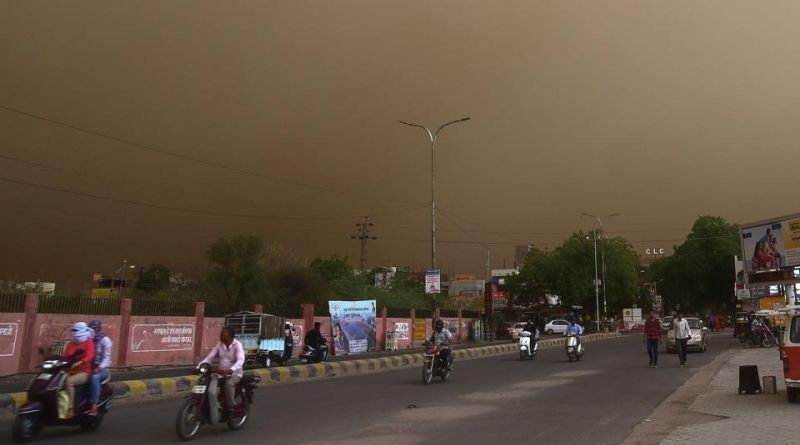 More than 100 trees were uprooted in Alwar, many of which fell on stationary vehicles and snapped electricity cables. (Photo: PTI)

Rajasthan Chief Minister Vasundhara Raje expressed grief over the calamity and said authorities concerned in the districts have been directed to ensure all possible help to victims. "Condolence for families who lost their loved ones," she said on Twitter.

Nine ecotourism parks to be developed in Palnadu

Youth will be biggest beneficiaries of a developed India: PM Modi