A convoy of VSSC buses go past the Thiruvananthapuram Central Railway station on the general strike day on Monday. (Photo: Peethambaran Payyeri)

THIRUVANANTHAPURAM: The 24-hour strike staged by United Trade Union Forum affected regular life in the city on Monday though several private vehicles managed to ply on the roads. Barring the attacks on a few autorickshaws at Thampanoor, no attack against public transport was reported in the capital. The trade union activists had deflated the tyres of autorickshaws, broke their windshields and ousted passengers including foreigners.

Police had to engage in lathi charge as the SDPI activists returning after a Thampanoor police station march clashed with CITU workers in front of Chaithram hotel. Cases have been registered against 50 people.  Most offices remained shut down as only a few activists affiliated to Bharath Mazdoor Sangh (BMS) showed up for work. The offices of ministers also did not function. At Kumarapuram, the affected power supply could not reinstate for hours as the local KSEB office remained shut with officials having switched off their mobile phone. 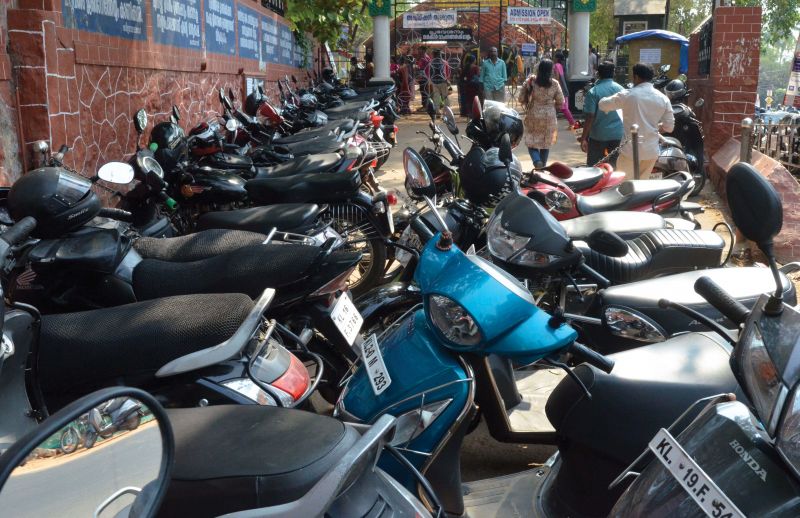 Plenty of bikes that brought PSC candidates for the Hindi teacher examination parked in front of Cotton Hill GHSS in Vazhuthakkad on strike day on Monday.

The trader organisations had also extended support to the strike and all shops remained shut.  KSRTC did not run city services and rural bus from the morning. The VSSC and Technopark operated vehicles on convoy basis. Massive police presence was in place at Technopark. Vehicles coming from other parts of the state to Thiruvananthapuram Airport could get past the traffic without hassles. The city police operated their buses and arranged private vehicles for patients who arrived here for treatment at Regional Cancer Centre (RCC) and Medical College. The strike was called by forum comprising 16 trade unions to protest against union government’s decision to end fixed-tenure employment.