A total of 310 bull-tamers took part in the contest.

Thanjavur: At least 24 youth who attempted to tame well trained bulls were injured in the jallikattu held at Mathakottai near Thanjavur on Saturday. While four persons were given first aid and sent home, 20 others injured were taken in ambulance to the Thanjavur Medical College Hospital for treatment.

K. Parasuraman, Thanjavur MP inaugurated the sport by waving a flag at 7.15 am in the presence of Dr A. Annadurai, Thanjavur district collector.

A total of 652 bulls took part in the jallikattu, sourced from Thanjavur, Pudukkottai, Tiruchy and Madurai districts. 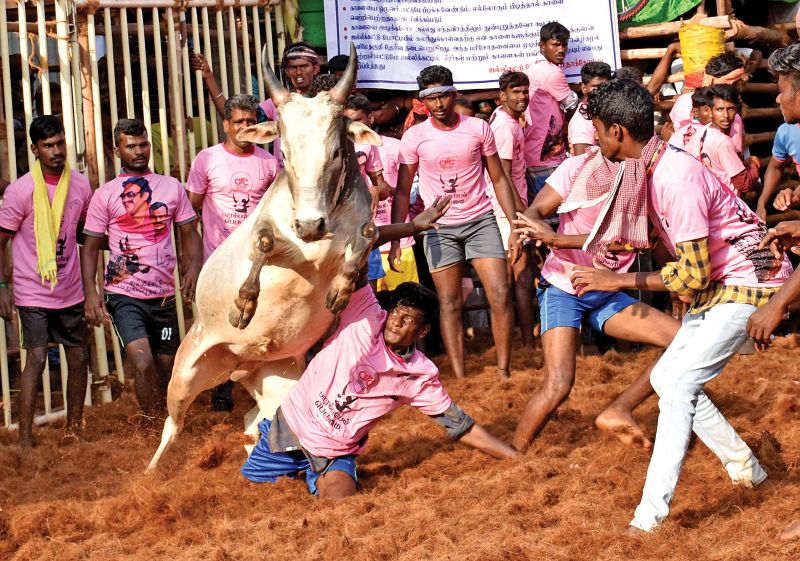 A total of 310 bull-tamers took part in the contest. Those who tamed the bull to a certain distance from Vadivasal, from where the bulls were released got prizes like bicycles, steel almairah and silver utensils among others. The event ended at 4.15 pm.

The police made elaborate bandobust arrangements, thanks to the district administration’s precautionary steps. This is the second jallikattu in the district this year. The first one was held at Thirukanurpatti.

Prime Minister Narendra Modi turns to people’s trust in him

AP Cabinet extends ban on Maoists for another year