An official from the RPF said that the cases registered against those littering railway tracks has come down in the last five years.

Hyderabad: The increase in surveillance against littering on railway tracks has led to cleanliness in the South Central Railway.

A senior official said, “Due to the increased surveillance, all A1 category railway stations under the jurisdiction of SCR received best ranks in a recent third-party audit organised by the Quality Council of India. Secunderabad was given the second rank followed by Vijayawada fourth, Kacheguda 11 rank, Hyderabad 16 rank and Tirupati 19 rank. We are also focusing on clean coaches and rails.” 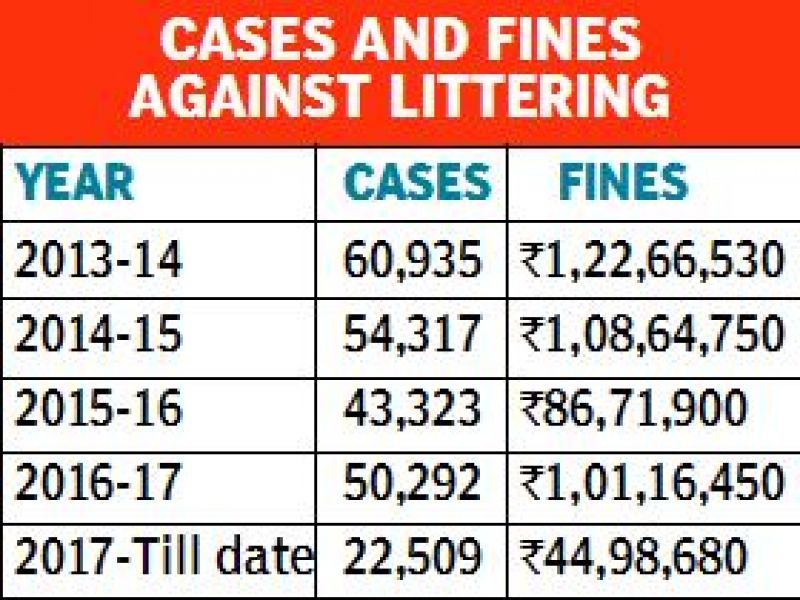 An official from the RPF said that the cases registered against those littering railway tracks has come down in the last five years. “About 60,935 cases were filed during cleanliness drives in 2013-14 and the SCR collected Rs 1.22 crore. In 2017 till date, 22,509 cases have been registered. Continuous monitoring and awareness among passengers is leading to cleanliness at platforms and railway stations,” the official said.

The On Board House Keeping Service (OBHS) is existing in 62 long distance trains and another 12 trains will have the facility soon.

Feeding firecrackers and killing not our culture: Javadekar on Kerala elephant death

Cyclone Nisarga now a depression over Vidarbha; IMD says it will weaken further