Navjot Singh Sidhu will launch his party next week.

New Delhi: Former BJP leader Navjot Singh Sidhu, who quit his Rajya Sabha seat recently, is all set to float his own political outfit 'Awaaz-e-Punjab' along with some ousted Akali leaders, notwithstanding AAP's overtures to bring him in its fold ahead of Assembly polls.

"We have decided to form a new front to fight all forces which have ruined Punjab. A formal announcement of the new front would be made in the next three-four days at a place to be decided soon," said Pargat Singh, who was suspended from the Akali Dal.

Sources said after his talks with AAP "failed", Sidhu decided to float the outfit along with some like-minded people and held a meeting with suspended Akali legislator from Jalandhar, Pargat Singh, and Bains brothers of Ludhiana - Simarjeet Singh Bains and Balwinder Singh Bains, both of whom won as independent legislators. 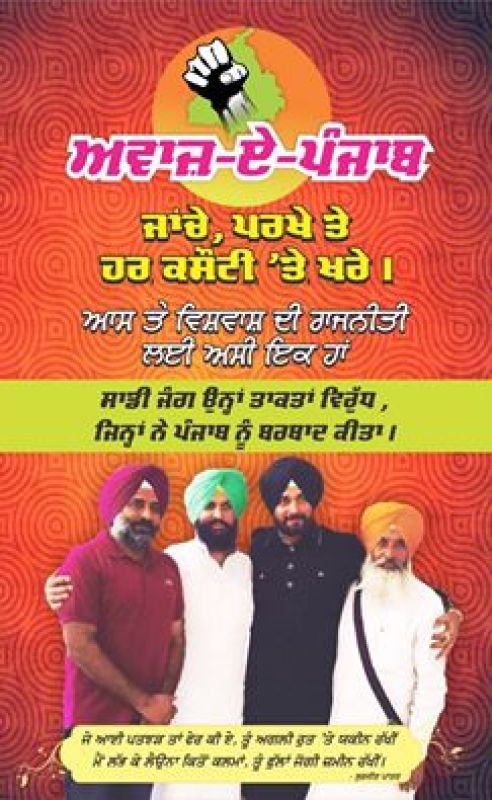 The AAP, which has made it a triangular contest in Punjab by giving a tough fight to ruling Akali-BJP combine and Congress, was taken aback by the development as there were talks of Sidhu joining the party after deserting the BJP.

Sidhu had in mid-August met Delhi Chief Minister Arvind Kejriwal at his residence and discussed with him his plans of joining the AAP. Kejriwal on August 19 said the cricketer-turned-politician just needs "time to think" and that Sidhu "has not put any pre-condition", a reference to speculation that Sidhu wanted to be the chief ministerial face of AAP.

Kejriwal had said his respect for Sidhu will continue irrespective of whether "he joins (AAP) or not".

Posters showing a photograph of Sidhu, Pargat and Bains brothers together were today posted by the front's leaders that said the four have joined hands for the politics of hope and faith.

"Our battle is against such forces that ruined Punjab," they said in the poster, claiming they have been tried and tested and have lived up to the aspirations of people.

Asked when it was decided to form the outfit, Bains said, he, his brother and Pargat Singh had held a meeting at Sidhu's house in Delhi on Wednesday.

"Our main intention for coming together was to save Punjab from drug scourge, mafia system working in the state,” he said.

The AAP is already facing internal bickerings in its Punjab unit in the aftermath of removal of its state convener Sucha Singh Chhotepur.

Asked whether it was a setback for AAP's prospects in next year's Assembly election, Himmat Singh Shergill, an AAP leader in Punjab said, "The Aam Aadmi Party is based on an ideology and not on an individual. People are with us."

US embassy, consulates in India plan to process record number of visas in 2023