Hyderabad tops list of crimes against women in Telangana

Women in the city are more aware of legal redress and are more educated and willing to come out and register cases.

Hyderabad: The city of Hyderabad has received the most number of complaints in the state for crimes against women. Of the 138 complaints received by the National Commission for Women in 2017, 91 or more than 50 per cent are from the city alone.

Women in the city are more aware of legal redress and are more educated and willing to come out and register cases. 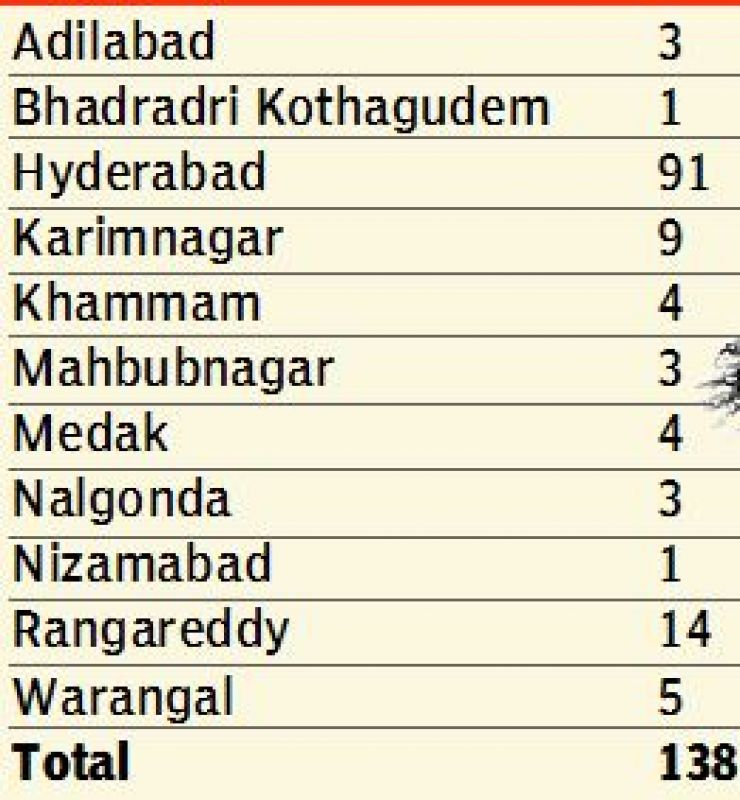 Statistics for complaints received by National commission for women in Telangana in the year 2017.

“First, Hyderabad being a cosmopolitan city, many people from many states come and live here, Inter-state complaints add to the list. Second is the increased awareness among, and education of, women, the presence and easy access to Bharosa centres and She teams. Third, growth of the IT sector and multinational companies in the city, as most of the domestic violence complaints received are from women employees of the IT sector.”

Senior High Court lawyer Vasudha Nagraj says that divorce is not taboo like it was 10 years ago and more women are opting for divorce rather than staying on in abusive marriages.

“Most women in Hyderabad are employed. Women have changed a lot, whereas men haven't. Men continue to want women to be like their grandmothers were. There is no way that women are ready to take this bullshit anymore,” she said.

Usha Kiran, communication manager at My Choices Foundation, an NGO which works for an abuse and violence-free life for women, said, “This is just the tip of the iceberg of the actual crime happening against women. There is a lot more that is unreported. Domestic violence always happened in households in our country, there is no denying that.”

She points out how in urban spaces like Hyderabad, women are more intolerant of violence. They come out more often to report the crimes than others do.

“Violence is not acceptable. If you restrict a woman like a slave and a child, it doesn’t work,” added Ms Nagraj.

Urban Godavari canals to be cleaned from October 2

Farm law is not an ongoing issue: SC on plea seeking permission to hold satyagraha