Read: Formation Day: In 2 years, KCR aces it all

Prime Minister Narendra Modi wished Telangana on its second statehood day and hoped the state progressed to new heights in the coming years.

"On the Statehood Day of Telangana, my greetings to the people of Telangana. I hope the state progresses to new heights in the years to come," the Prime Minister tweeted. 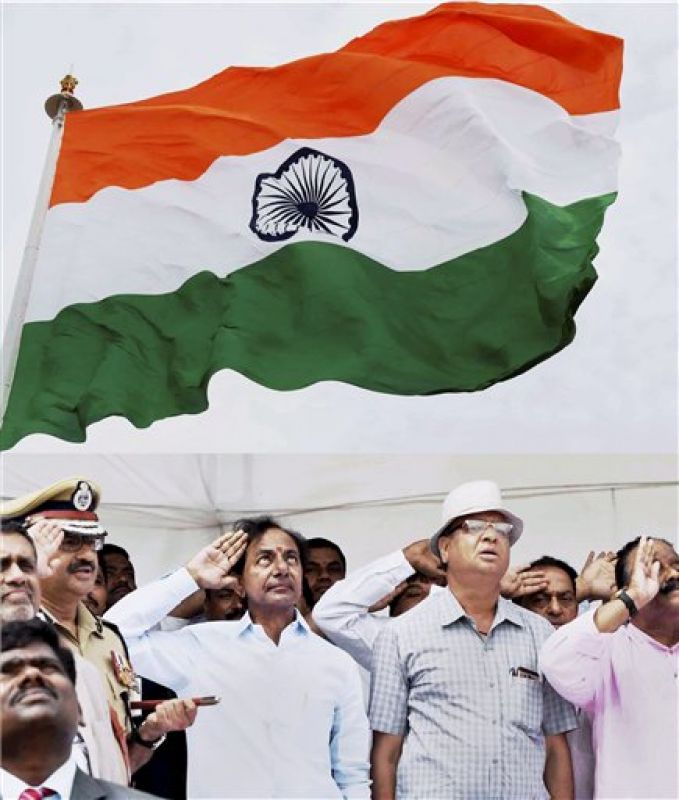 "I convey my greetings to my sisters & brothers of Andhra Pradesh. My best wishes as the state continues to develop at a rapid pace," he added.

The flag was hoisted on a 291-foot-high pole. Though the Chief Minister wanted a 303-foot-high pole, which would have made it the tallest in the country, its height has been reduced after the Airports Authority of India denied permission for the same.

The flag has been made by the Flag Foundation of India in Mumbai while a spare flag is being readied in Khammam district. AAI authorities in Hyderabad had earlier given permission for a 167-foot-high pole.

However, on the request of the Telangana government, they had forwarded the application to the AAI headquarters in Delhi for the 303-foot-high pole. The flag itself is 72-foot high and 108-foot wide, while the Ranchi flag is 66-foot-high and 99-foot-wide.