Smoke emanating from the building where the fire broke out. (Photo: DC/Shripad Naik)

Mumbai: A massive fire broke out in a building near Regal Cinema in South Mumbai’s Colaba area on Thursday after noon. Huge plumes of smoke were seen rising from the building.

Eight fire tenders were rushed to the spot to battle the blaze and rescue operations are currently underway at the spot. Four more fire tenders from the Naval Dockyard joined fire brigade to help douse the flames. 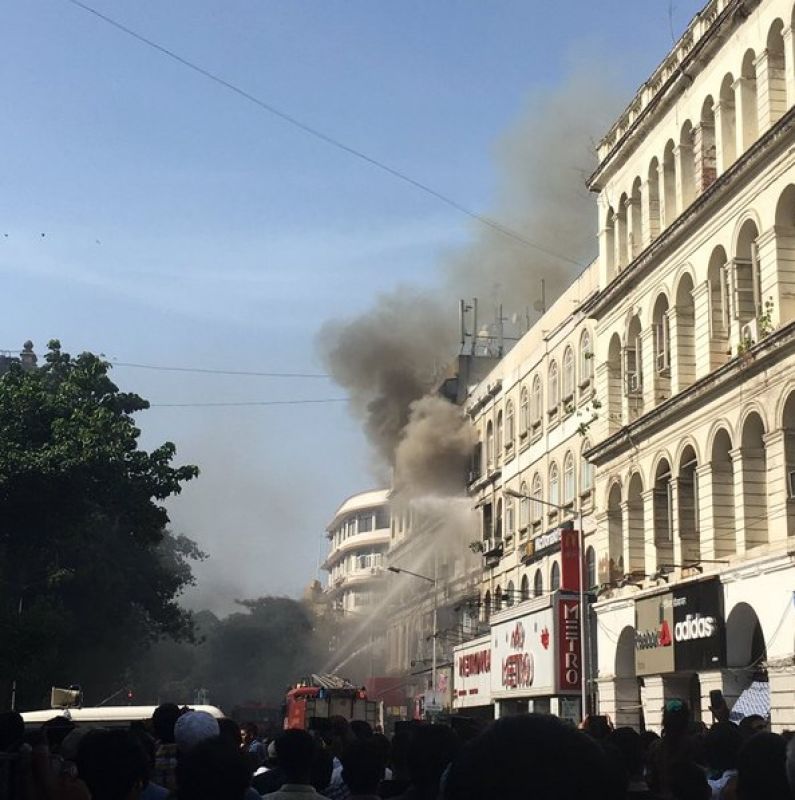 The building was soon identified as Metro house building that is home to popular fast-food joint McDonald's.

"We have rescued two people from the fire," said DCP Manoj Sharma, Mumbai Police. There are no reports of casualties yet. 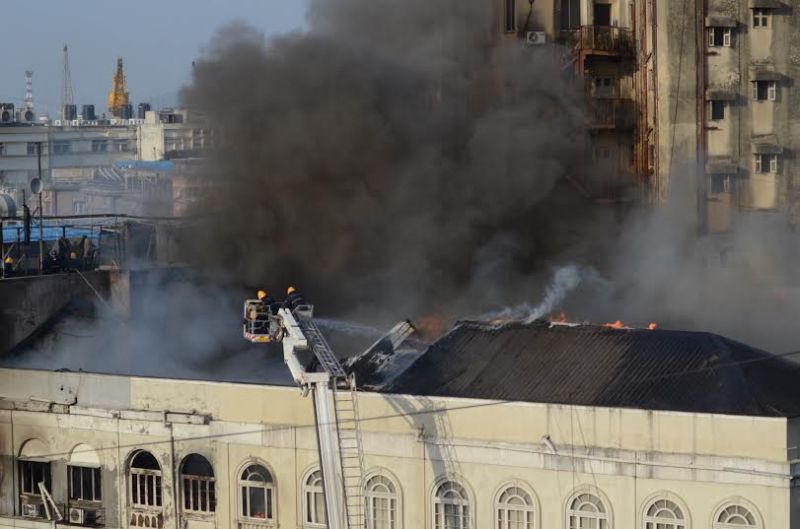 Firemen busy trying to bring the fire under control at the roof of the building. (Photo: DC/Sripad Naik)

"The whole building is on fire. We don't know what exactly happened. I wasn't inside. I came back from market and saw this. I have my goods inside," said a resident of the building.

Colaba is a bustling and packed area situated at the southern-most tip of the city and Regal cinema is very popular with both locals and tourists.