The footage showed young male applicants stripped to their undergarments, lined up to get their height and chest measured in the same room where woman candidates were also being checked. (Photo: ANI | Twitter)

Bhind: A shocking and bizarre incident has come to fore from a government clinic in Madhya Pradesh's Bhind, where medical tests of male and female candidates who applied for police constable jobs were done in the same room on Tuesday.

The footage showed young male applicants stripped to their undergarments, lined up to get their height and chest measured in the same room where woman candidates were also being checked.

No women doctors or nurses can be seen in the room where the female applicants were undergoing tests.

"We have issued warning letters to all the team members of the examination committee. We have also ordered an enquiry and who ever is responsible will be punished," NDTV quoted civil surgeon of Bhind Ajit Mishra saying. 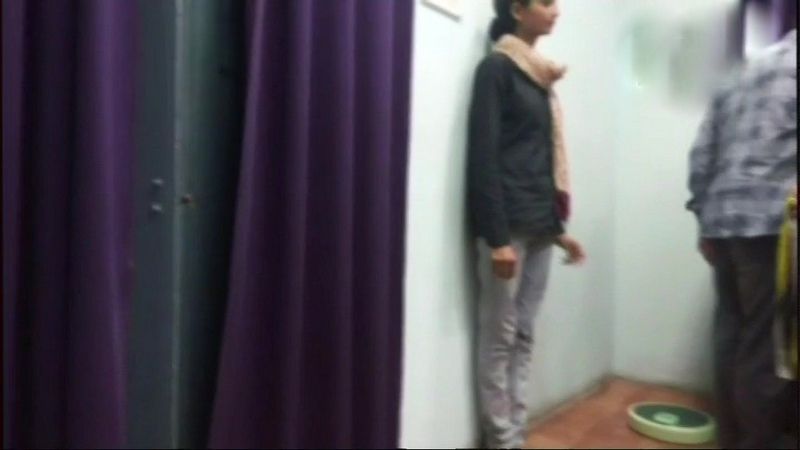 On the absence of nurses, Mishra said, "there are four lady doctors in the district hospital; three of whom are on medical leave...we have deputed one lady doctor and one nurse for the medical tests now."

According to reports, 217 male and female candidates were admitted for training in police jobs and mandatory medical tests for them were being carried out at the biggest government clinic in Bhind. A total of 18 female and 21 male candidates were examined.

The Tuesday's incident comes within days of a similar incident where candidates appearing for the post of police constable in Madhya Pradesh had their castes stamped on their chests during the physical examination on April 28. When the 206 candidates queued up for the medical test at the district hospital in Dhar, they were segregated on the basis of their castes "to avoid confusion".

Read: Row erupts as police aspirants in MP get caste marked on chests

Two police officials have been suspended for stamping SC/ST on the candidates' bodies. The incident had raised a furore in the state prompting Madhya Pradesh home minister Bhupendra Singh to order an investigation.

Hyderabad: E-tailers too cash in on patriotic fervour