Latest satellite imageries of Uttarakhand have reported that the forest fire has gone out in over 70 per cent of the affected areas, even as the NDRF has deployed over 130 personnel to tackle the massive blaze. (Photo: Twitter/Anup Sah)

New Delhi: Union environmental Minister Prakash Javdekar on Monday said that four people have been arrested so far with  regards to the  Uttarakhand forest fire, that has so far killed 7 men and gutted more than 2,600 hectares of forest land.

The Minster was responding to media querries if the fire was man-made. The case will be investigated thoroughly and the guilty will be punished, he reassured.

“Not a single inch of forest land will be allowed to be encroached or diverted by anybody,” Javadekar added.

Latest satellite imageries of Uttarakhand have reported that the forest fire has gone out in over 70 per cent of the affected areas, even as the NDRF has deployed over 130 personnel to tackle the massive blaze.

“We have been informed that fresh images from satellite has shown that the effective area under fire in Uttarakhand has come down to 110-115 locations from the earlier about 427. It is expected that these figures will be brought down to 50-60 in the next few days by the combined forces fighting to douse the jungle fire,” NDRF director general OP Singh told PTI.

He said the images from the sky were taken on April 29-30 and this has now given hope to all the agencies combating the fire that it will be contained soon.

The Army, the Air Force, three teams of the NDRF and 6,000 firefighters have been working round the clock to save the forest covers in the state. The director general said the NDRF men are also working to save animals who could have been trapped in the blazing fire. 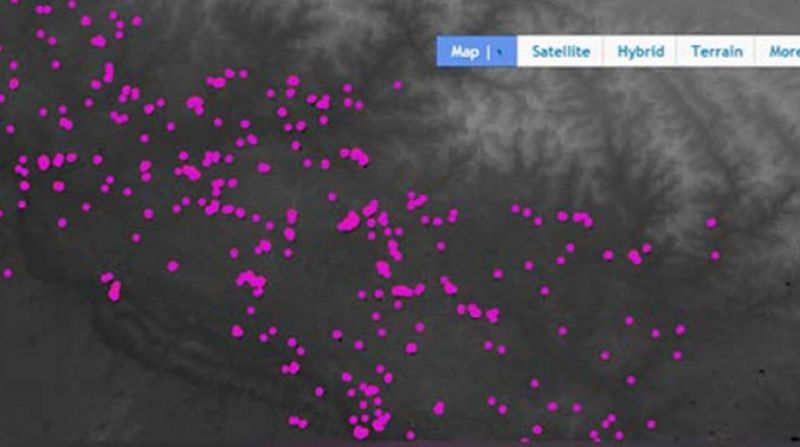 A squad of over 135 personnel of this special force are deployed in Uttarakhand as part of multiple firefighting teams to combat the raging fire in the jungles of Uttarakhand that have destroyed about 2,269 hectares of jungles in several districts and claimed at least seven lives till now.

The National Disaster Response Force (NDRF) teams have spread out in 13 affected areas of three districts of Pauri Garhwal, Almora and Chamoli with fire fighting equipment to tackle the massive blaze.

“Our teams are working in 13 sectors in coordination with the officials and personnel of the state fire and forest department. The teams have been instructed to adopt the conventional method of cutting the fire line and containing the fire. 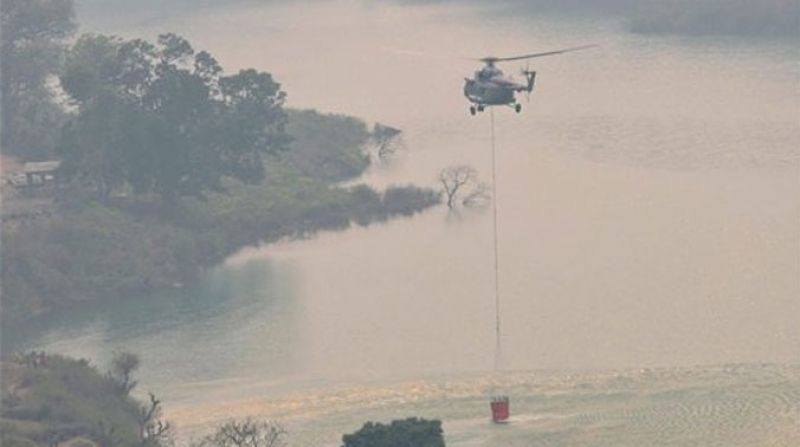 Indian Air Force Helicopter collects water from Koteshwar dam during the rescue operation to control fire which broke out in the forests of Garhwal range in Uttrakhand. (Photo: PTI)

“We are using fire beaters and green bushes to cut the fire from spreading. About 135 personnel as part of multiple teams are working in Uttarakhand at present,” Singh said.

He said in Chamoli the NDRF is working in Pakhi and Gopeshwar areas, while in Almora the teams are working in areas like Binsar, Someshwar, Bikisen, Siplakhet and Dhauladevi.

Each team is covering an area of 8-10 sq km, he said, adding, additional NDRF teams have been kept on standby at its camp in Ghaziabad.

The force also saved a house from getting engulfed in the fire in the hilly jungle area of Mehlchori in Pauri district in which a family of four members lived.

Singh said he is in constant touch with his team leaders working in the state.