Mumbai: The Union budget 2018-19 was a disappointment for India’s salaried/middle class as it failed to provide any relief except some token announcements despite they contributing the most towards the government’s personal income-tax kitty.

So, while the Budget did not change the personal income tax slabs, it announced a standard deduction of Rs 40,000 for salaried employees.

It was a perfect example of giving from one hand and taking it away from the other as the existing benefit of transport allowance of Rs 19,200 and medical reimbursement of Rs 15,000 under Section 17(2) were withdrawn as per the Finance Bill. 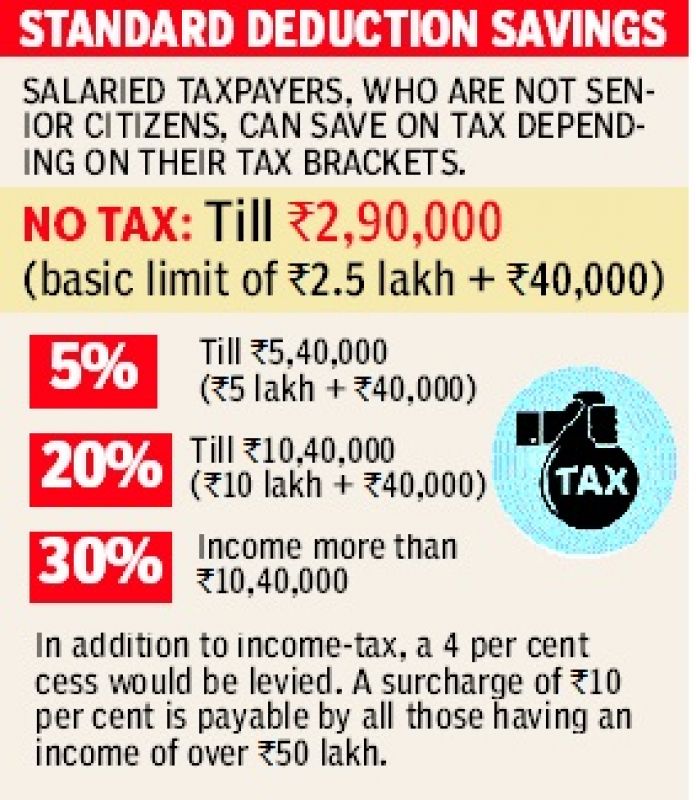 Tax experts said that while the standard deduction does reduces administrative hassles to a great extent, in reality it is not much.

Another disappointment for the salaried class was an increase in existing three per cent education cess that would be replaced by a four per cent “Health and Education Cess” to be levied on the tax payable.

“There is a general perception in the society that individual business persons have better income as compared to salaried class. However, income tax data analysis suggests that major portion of personal income-tax collection comes from the salaried class.

For assessment year 2016-17, 1.89 crore salaried individuals have filed their returns and have paid total tax of Rs 1.44 lakh crore  which works out to average tax payment of `76,306 per individual salaried taxpayer.

As against this, 1.88 crore individual business taxpayers including professionals, who filed their returns for the same assessment year paid total tax of Rs 48,000 crore which works out to an average tax payment of `25,753  per individual business taxpayer,” said Mr Jaitley. According to him, the total number of salaried employees and pensioners who will benefit from the standard deduction increase is around 2.5 crores.

Akhil Chandna, director, Grant Thornton India said, “The FM enthused the salaried class by reintroducing standard deduction of up to Rs 40,000, but soon gave it away by withdrawing current exemptions on transport allowance (Rs 19,200 per annum) and medical reimbursement (Rs 15,000 per annum), leaving only a marginal benefit.”

“Overall, together with the additional education cess of 1 per cent, there isn’t too much for the salaried class in this budget,” added Chandna.

As other states grapple with shortage, Kerala has reserve of 510 MT oxygen