New Delhi: A day after WHO declared emergency over the "explosive" spread of the mosquito-borne Zika virus, the Centre on Tuesday issued detailed guidelines for combating the disease, including a travel advisory that asks pregnant women to either defer or cancel their travel to the affected areas.

The health ministry said that all international airports and ports would display signage with information on the disease. Travellers will be asked to report to customs if they are returning from affected countries and suffering from febrile illness, it added.

Zika virus, which is carried by mosquito and suspected to cause serious birth defects, has affected countries in the Americas.

In its guidelines, the ministry said that while the disease has not been reported in India, the mosquito which transmits Zika virus, namely Aedes aegypti, also transmits dengue virus, which is widely prevalent in the country.

Union Health Minister JP Nadda said he has asked for steps to be taken to prevent entry and transmission in India of the virus. 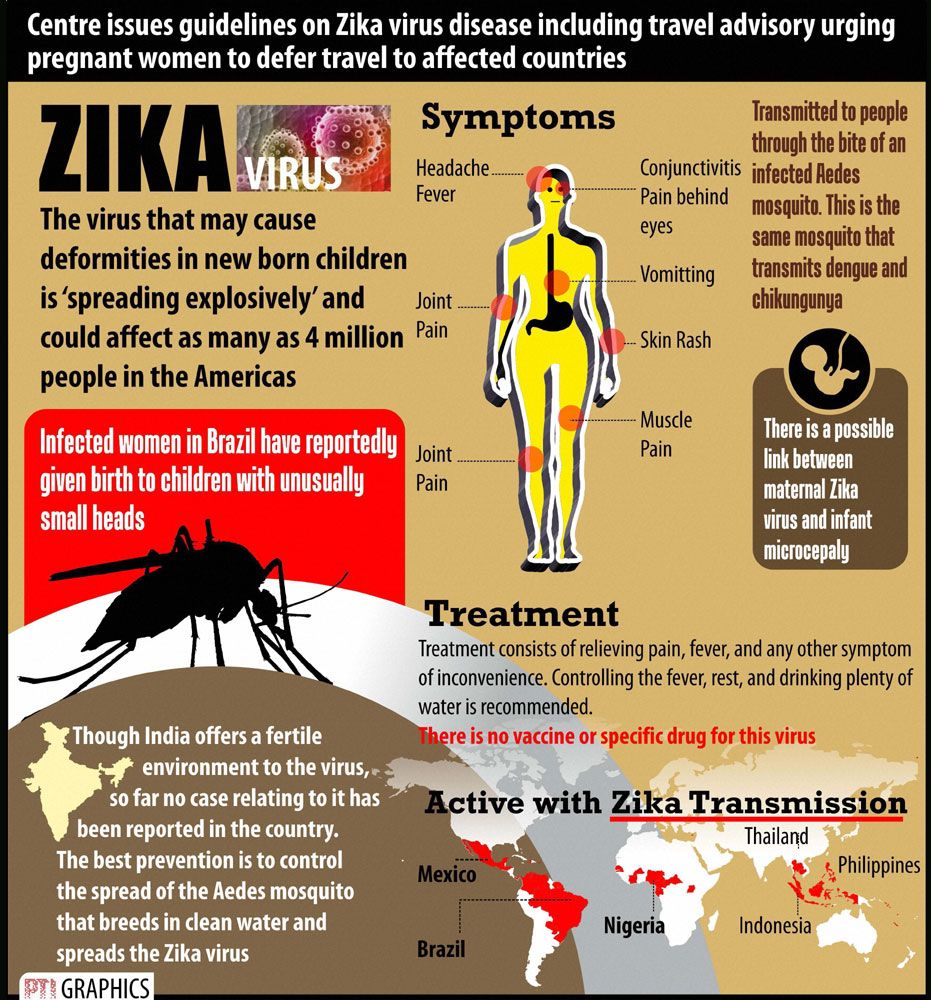 The health ministry said the overall situation would be monitored by a 'joint monitoring group' under Director General of Health Services (DGHS) while the Indian Council of Medical Research (ICMR) would identify the research priorities and take appropriate action.

Rapid Response Teams (RRTs) shall be activated at central and state surveillance units with each team comprising an epidemiologist or public health specialist, a microbiologist and a medical specialist, the ministry added.

The National Centre for Disease Control in Delhi would be the nodal agency for investigation of any outbreaks in India, it said.

■Africa, Asia vulnerable to spread of Zika virus, says WHO