Chennai: Tamil Nadu is a police state, which is something that has been reiterated by members of the civil society for a long time now. Statistics compiled by the National Crime Records Bureau (NCRB) for the year 2016, released by the Union Home Minister Rajnath Singh on Thursday, reiterate the same apart from the recent incidents fresh in our memory such as the arrests of activists of May 17 movement and, very recently, that of cartoonist Bala. 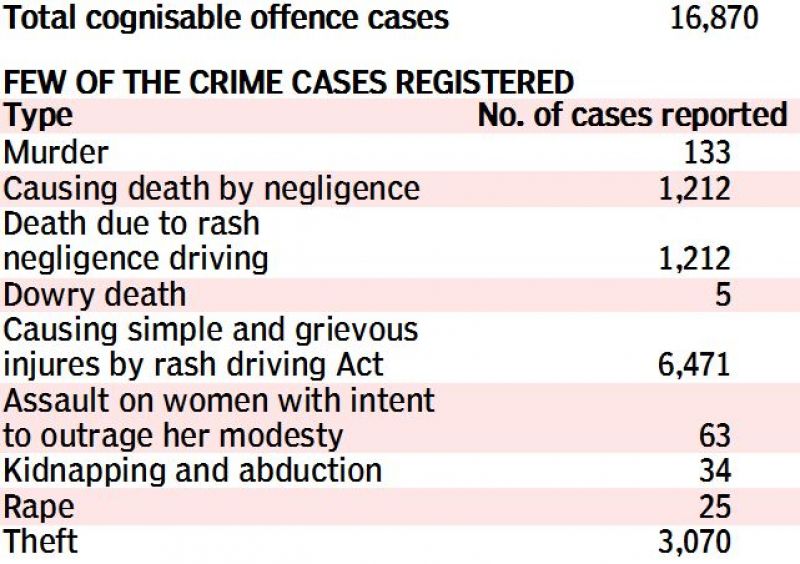 The state has recorded the highest number of cases pertaining to the offences against the State for the year 2016 with 1,827 cases followed by Uttar Pradesh (1,414) and Haryana (1,286). A major chunk of these cases, according to the data, is under the prevention of damage to public property— 1,818 cases.

In 2016, the number of persons arrested under these offences was 3,648 persons, including 93 women. Of these, 2,635 persons including 86 women were charge-sheeted. However, a critical information is the number of persons who are acquitted of their charges is four times higher than those convicted, raising serious questions about the use of laws.

According to the data, only 139 persons were convicted while 678 persons were acquitted of the charges against them. In Tamil Nadu alone, there are 1,710 cases pending investigations by police and 2,803 cases pending trial by courts.
What is more astounding is the state has led the table despite a normal year in 2016.