Ooty-Coimbatore NH made one way for traffic

Landslip that occured at Velanganni Nagar in Coonoor.

Ooty: Kodanad near Kotagiri recorded 142 mm of rainfall on Thursday morning as rains continued to lash the Nilgiris, especially, Ooty, Coonoor, Kotagiri and Kundah taluks.  As uprooted trees and minor mud-slips between Marapalam and the Burliar sector of the Ooty-Coimbatore NH made commuting tough, only one-way traffic is being allowed on this busy road.

There was hardly any let up in the wet spell as on Wednesday night as the rains continued to pour across the hills and continued through the early hours of Thursday. While minor landslips were reported in a couple of places in Coonoor town limits, minor mud-slips and uprooting of trees in about half-a-dozen places between Marapalam and the Burliar stretch on the Ooty-Coimbatore NH on Wednesday night paralyzed traffic on this busy NH on Wednesday night. Though the debris was cleared on Thursday morning, only ascending vehicles from the Mettupalayam side are allowed to use this road. All descending vehicles from Ooty and Coonoor are diverted via Kotagiri to reach Mettupalayam and Coimbatore. 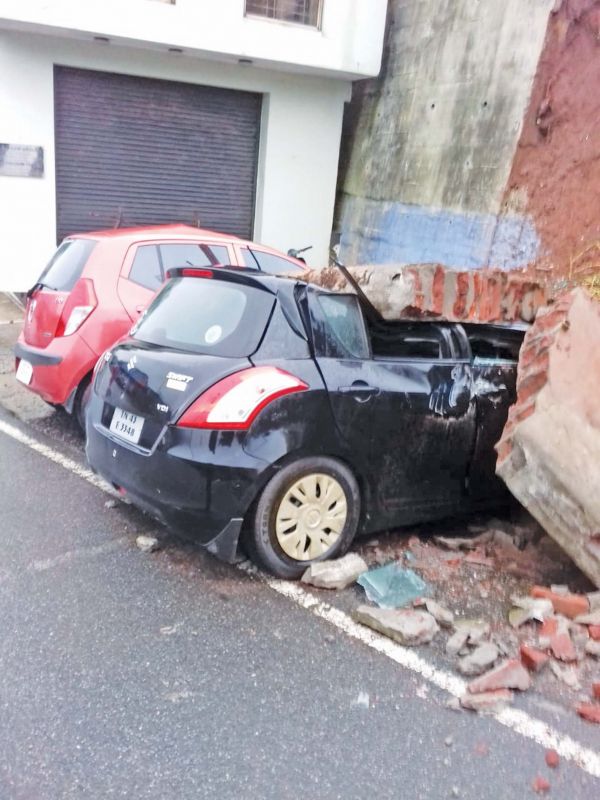 The Coonoor-Aanaipallam tribal hamlet road was blocked due to minor landslips along the road. A compound wall that collapsed in Coonoor damaged two vehicles on Thursday. As the Emerald and Upper Bhavani reservoirs are brimming, water is being released from these two reservoirs located 30 kms off this hill town. The district administration has asked people living in low lying areas including MGR Nagar, Nehru Nagar, Pilloor and Athikadavu villages along the water course of these two reservoirs to move to safety. 40 personnel from the TN state Disaster Response Force arrived in the hills to assist local relief teams.

The only respite for hill residents was that the intensity of rains began to recede from Thursday evening. The rainfall recorded in various places across the Nilgiris on Thursday morning (all in mm) is as follows:-Coonoor- 97, Kundah- 81, Kotagiri-81, Avalanche-65, Burliar-64, Geddai-64, Emerald-62, Ooty-55, Ketti-43., Kinnakorai-39, and Upper Bhavani 34.