Hyderabad: Does Vallabhabhai Patel belong to the nation or to a particular political party? India’s first deputy prime minister and home minister and one of the founding fathers of the nation, has been caught in the legacy war between the Congress and the Bharatiya Janata Party.

A Congressman, he has, ironically, become a hero for the BJP, and the Congress, which has not been particularly keen to lay claim to his legacy, is doing so now with vigour.

All these years, neither the Congress nor the BJP gave any importance to Sardar Patel apart from observing his birth and death anniversaries. The Congress party promoted the legacy of Nehru and Gandhi and ignored stalwarts like Sardar Patel, B.R. Ambedakar, and Lal Bahadur Sashtri who also belonged to the party.

After Narendra Modi became Prime Minister in 2014, he began appropriating Patel’s legacy. The BJP has consistently downplayed the role of Jawaharlal Nehru, India’s first Prime Minister, and Indira Gandhi and is now promoting Patel as their icon. 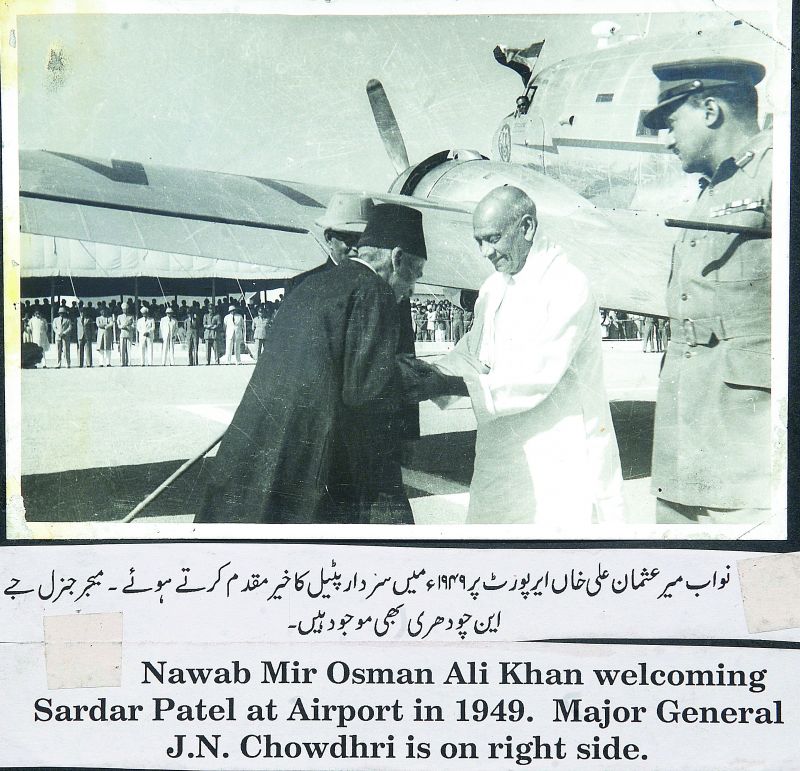 Mr Modi’s government has announced that the birthday of Sardar Patel, October 31, will be observed as ‘National Unity Day’. A digital museum themed on the life and contributions of Sardar Patel has also been set up on October 31 also happens to be former Prime Minister Indira Gandhi’s death anniversary, but this Mr Modi has ignored, leading to the inevitable accusation from the Congress and other opposition parties that this government is undermining the contributions of Indira Gandhi.

The BJP has justified the central government’s decision to celebrate National Unity Day on Sardar Patel’s birth date because they say he unified 550 princely states into a country and India owes its current geography to him.

It comes as something of a surprise, the  BJP’s new found love for Sardar Patel, the man who banned the Rashtriya Sawamsevak Sangh, the mother organisation of the BJP. The RSS was held responsible for the assassination of Mahatma Gandhi initially and as home minister, Patel banned the Hindu extremist organisation. He lifted the ban after the RSS was cleared by an enquiry commission.

The UPA government led by the Congress in its 10 year rule from 2004 to 2014 named several schemes and projects after Nehru and the Gandhi family, but never thought to name any scheme after Sardar Patel. Only roads in many cities have been named after Sardar Patel. At present, Ahmedabad international airport and the National Police Academy in Hyderabad are named after Sardar Patel. Vice-President of India M. Venkaiah Naidu when he was Union urban development minister in 2013, said that UPA-2 government spent Rs 142.3 crore on newspaper advertisements for birth and death anniversaries of 15 former leaders, and in this, Rs 53.2 crore was spent only on three leaders — Rajiv Gandhi, Indira Gandhi and Jawaharlal Nehru. In the past, governments used to call schemes and projects after dead leaders to honour and recognise their services to the country. But recently, the trend has changed. State and Central governments are naming schemes after serving PMs and CMs.

The world’s tallest statute is that of Iron man of India, Sardar Patel. But ironically the Sardar was against building statues and memorials for any leader.
While women’s participation in politics is not frowned upon today, there were times when the women were barred from contesting municipal elections in Ahmedabad. Patel got the entry for women in the Ahmedabad Municipality Board in 1913.
The Sardar firmly believed in the importance of regional languages in the effective administration. In that process, he got typewriter firm Remington Company to manufacture the first Gujarati typewriter in 1924.
Patel and Jinnah were considered to be poles apart in politics — but not personally perhaps. In 1922 when Patel and other members of the Ahmedabad municipality were accused of corruption, Jinnah donned the black robes to successfully defended them.

Win by one vote
Though everybody knows him as an organiser par excellence, Patel’s entry into electoral politics wasn’t as grand as his subsequent role in politics was to be. In 1917, the Sardar was elected as a councillor of the Ahmedabad municipality for the first time, winning by just one vote.

Modi and Manmohan Singh took digs at each other

Then chief minister  Narendra Modi and then prime minister Manmohan Singh took pot shots at each other’s party using the name of Patel. While Mr Modi sought to take a dig at the Congress’ first family by saying: “It was unfortunate that Patel could not become India’s first Prime Minister. If he had been our first Prime Minister, the country’s fate would have been different.”
In a quick retort, Dr Singh reminded Mr Modi that Patel was a secular man and was associated with the same party that he himself is associated with.