BENGALURU: Undoubtedly, there has been partiality on part of the urban authorities and the BBMP, in their demolition drive against encroachments. They turn a blind eye to encroachments by buildings owned by influential persons, alleged an urban expert.

In the last two months the BBMP and Deputy Commission (Urban) authorities have bulldozed hundreds of shops and commercial establishments that had encroached upon the storm water drains, without issuing prior notices, said Citizens’ Action Forum Secretary Mahalakshmi Parthasarathy.

Does the government give them a chance to approach the court and get a stay? Why different strokes for different people?  Let the law be uniform, she questioned. The bias is to the extent that even houses with A khata were demolished, pushing the people to the streets, she said. 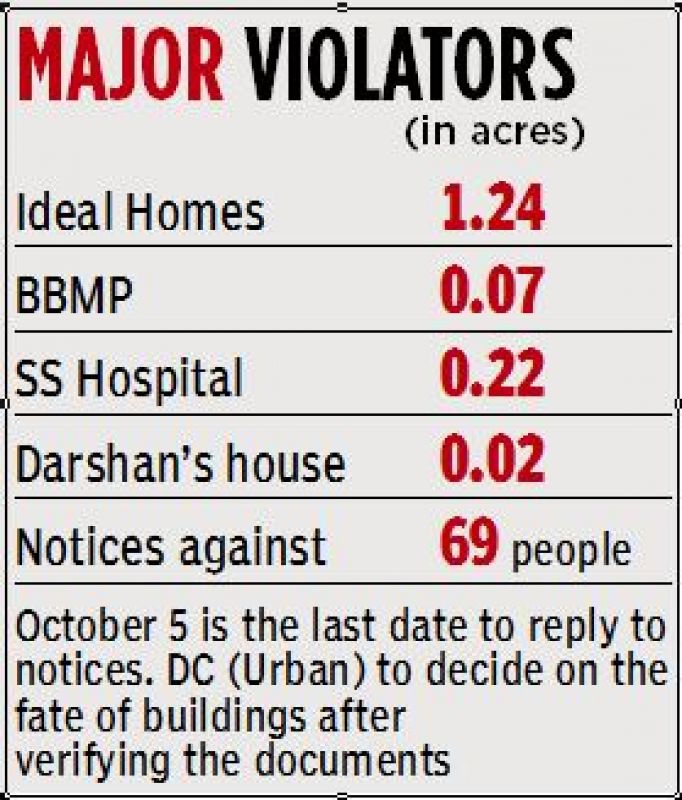 When activists across the city joined in and questioned the waiving of the demolition of the encroached structures owned by influential people, the urban administration authorities issued notices to about 69 people, including Darshan and Shivashankarappa.

All the 69 property owners have been given one week’s time to reply to the notice. When the BBMP failed to demolish these buildings the onus was shifted to the urban authorities. It is alleged that all these 69 properties have encroached upon Haddigidada Hall (part of SWD). A revenue inspector from Bengaluru South taluk office has issued notices to the owners of 36 buildings and 33 vacant sites. They all have been directed to furnish their property documents before the Bengaluru South Tahasildar by October 5, failing which, the officials would take appropriate action.