In 1958, India and China listed Barahoti as a disputed area where neither side would send their troops. (Representational Image)

New Delhi: In an ominous move amid the Sino-Indian military stand-off in Doklam, Chinese troops reportedly transgressed one kilometre into Indian territory in the Barahoti area of Uttarakhand’s Chamoli district on July 25 and threatened Indian shepherds grazing cattle. The Indian government is trying not to read too much into it.

Officials speaking off the record said such incidents have happened in the past and are best sorted out locally. They “should not be given undue importance”, they added. “Transgressions do occur due to differing perceptions of the Line of Actual Control (LAC),” a source said. The LAC is the de-facto border that separates India and China in several sectors, from Ladakh in eastern J&K to Arunachal Pradesh. It is part of the 4,056-km-long India-China border.

India and China have differing perceptions of the LAC and troops patrol up to the point they think their boundary ends. 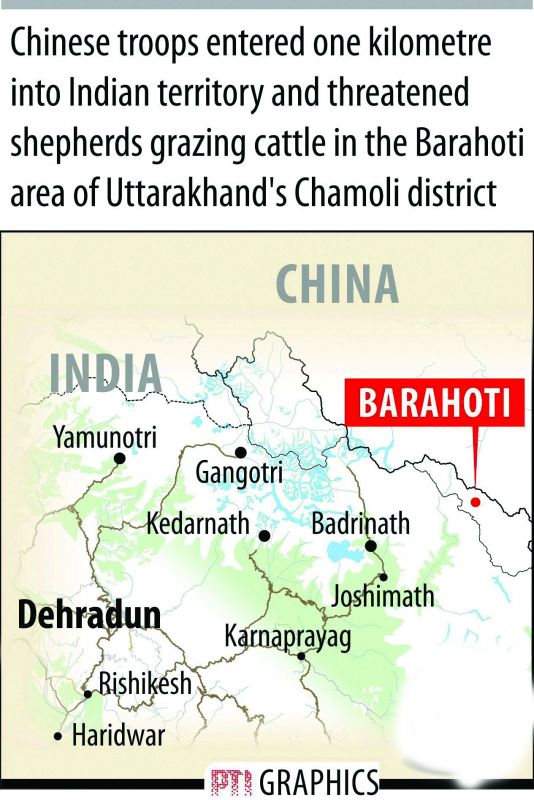 India and China differ on LAC and troops patrol up to the point they think their boundary ends.

Transgressions are fairly regular along two major stretches — in Aksai Chin (bordering Ladakh) and in Arunachal Pradesh which China claims to be part of southern Tibet. Such transgressions are usually restricted to about four-five km into the other’s territory.

The latest transgression took place on the morning of July 25 when a group of shepherds were asked to vacate the land by People’s Liberation Army (PLA) troops, officials told news agencies.

The Chinese media has been increasingly belligerent since the stand-off began in Doklam, which is Bhutanese territory. Government-controlled Chinese media has carried several reports threatening escalation of troop movement in various sectors if India does not withdraw from Doklam.

Cong's rally in Kashmir not for building platform for 2024 LS polls: Jairam Ramesh

Shah takes part in road show in Kundgol, hits out at Cong, JD(S) for dynasty politics

US embassy, consulates in India plan to process record number of visas in 2023