Witnesses say the couple travelling in Kolkata Metro was beaten until some people dragged the man to safety. (Facebook Screengrab)

Kolkata: A couple travelling in Kolkata Metro were harassed, pushed out of the train and then thrashed by a mob allegedly because they were "standing too close" and hugging each other.

The incident took place on Monday night and the image taken with a mobile phone camera shows the woman trying to shield the man with her body as a group of agitated mob hit him, kicked and punched him.

According to reports, the attack started at around 10 pm inside a coach where passengers objected to the couple's "PDA" (public display of affection) and started abusing them.

When the train reached the Dum Dum metro station in north Kolkata the couple was pushed out and thrashed by the group that included middle-aged and elderly passengers.

Witnesses say both were beaten until some more passengers from another coach came in and dragged the man to safety.

Photos of the incident were shared online and reached the office of Metro Rail. The officials say they are inspecting additional footage to establish what happened, identify the attackers and find out why no railway police intervened.

The incident has divided Kolkata. While some say public demonstration of affection is not acceptable, other Metro regulars say it is commonplace and most often people don't bother the couples. But once somebody passes a comment or makes a taunting remark, a herd mindset seems to take over.

After the Monday's incident, people staged a protest outside Dum Dum metro station demanding the arrest of people who had reportedly beaten up a couple for hugging in the metro. 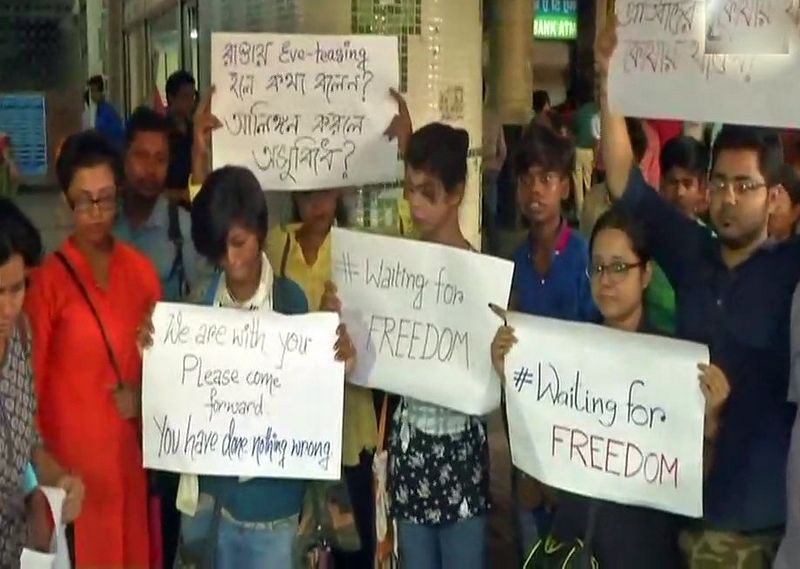