Coimbatore: The system of education on the whole and higher education in particular in India is on par with any other developed nation in the world, lauded princess of Sharjah, Ms. Sheikha Hend Al-Qassei.

The princess made this observation while speaking to reporters on the sidelines of participating in the 'International Collaboration on Higher Education 0.5' at the Nehru Arts and Science College, here. She was at the campus to participate in an interactive session with students.

"In terms of providing health care, India is on par with developed nations of the world." 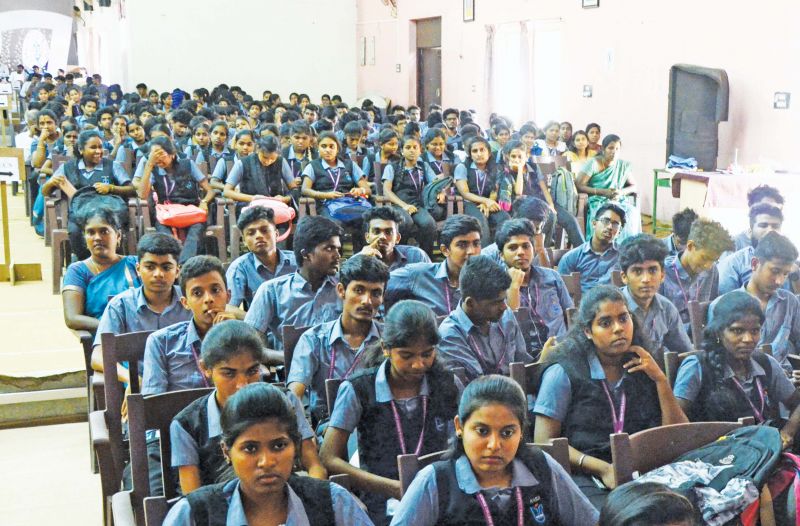 Children listen to Princess of Sharjah.

She said that she had visited a hospital in Tamil Nadu which is armed with state-of-the-art technology both in machinery and equipment used in diagnosis and was impressed that the medical centre was providing quality health care services to patients who cannot afford to pay for it. "I note that in terms of providing quality education, India matches countries like America, Australia and the like," Ms. Al-Qassei said.

In her interaction with students of the college and throwing light on the contributions made by Indians at a global level, the Princess of Sharjah said, "at times, it takes an outsider to make us realise what we are worth. Indian talent is utilised by several top global companies and organisations including Google and NASA, where about 20 to 30 per cent of those employed are Indians."

On the problem of unemployment which is rampant in our nation, she said, "every nation in the world has to deal with unemployment and poverty. India is capable of overcoming both challenges. India is the Silicon Valley of Asia.” she said.

“In the last 20 years, India has recorded tremendous growth in the information technology field. Indians should utilise their knowledge to eradicate poverty," the princess urged.