‘New Kerala’ comes at a price

Thiruvananthapuram: Twenty-five projects for New Kerala, peppered with a plethora of popular schemes, are expected to deliver the perfect antidote to the toxic twins- the flood havoc and Sabarimala chaos, caused by obscurantist forces masquerading as devotees.

Finance Minister Thomas Isaac, who presented the state Budget 2019-20 in the Assembly on Thursday, expects the projects, ranging from Kuttanadu package to the comprehensive health scheme, to take the state on a trajectory of integrated infra growth and social sector development

According to UNDP’s post-disaster needs assessment, the state’s loss on account of the deluge has been assessed at Rs 31,000 crore. This works out to roughly 4 per cent of the Gross State Domestic Product. But the bulk of the loss has been suffered by individuals and households while the state government loss has been in terms of transport, roads and buildings.

The 25 projects, which appear to be an imposing agenda, is a logical cataloguing of different schemes that invariably populate a budget every year. Critics wonder whether this is not a mere incremental mode of the annual budgeting exercise when in fact the well-meaning Dr Isaac should have attempted zero-based budgeting to weed out deadwood. 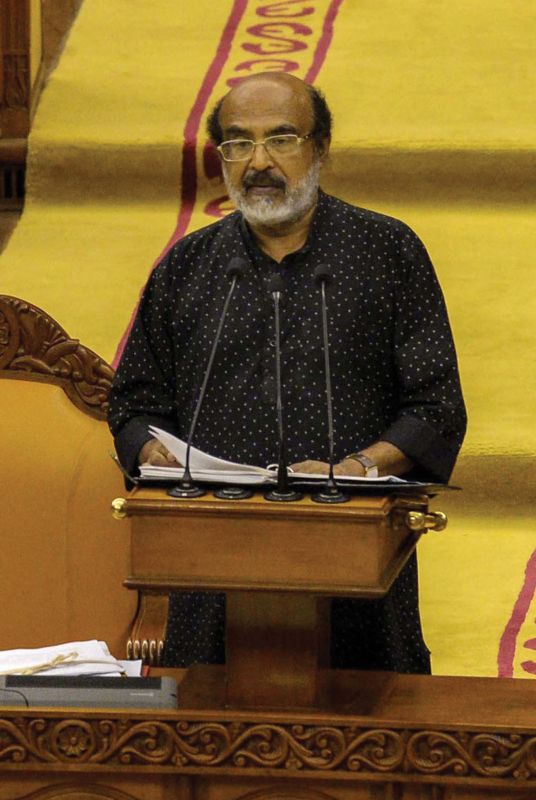 Besides, the commitment on incremental welfare pensions (currently Rs 8,900 crore) adds to the already committed revenue expenditure on salaries, pensions, interest payments and LSGI devolutions. These add up to more than 70 percent of the expenditure, making it rigid and downwardly inflexible.

Again, Dr Isaac believes that in the given circumstances it would be calamitous to cut government spending in the name of fiscal responsibility. To follow Keynes and trigger economic activity to spur growth is what any government can do in the given situation.

But questions are being asked whether the Rs 13,000 crore gap between revenue receipt and expenditure can be bridged to a major extent.

Dr Isaac has proposed levying user charges on affordable sections by providing quality care at the secondary and tertiary levels of health care.  This is in essence a PPP model at play. The 5 per cent hike on services tendered by Revenue and other departments is also a calibrated measure.

It is too early to forecast whether the 1 per cent cess of prices on GST tariff from 12 per cent upwards would trigger inflation, but the poor and the marginalised are going to suffer the impact the most.  Dr Isaac has been careful to restrict the one percent cess to intra-state supplies of goods and services than court controversies by taxing inter-state supplies.

The parallel phenomenon of Kerala Investment and Infrastructure Fund Board (KIIFB) needs more clarity on its future impact on the state debt situation. One wonders whether Dr Isaac is hyper-optimistic on the revenue aide and being quite modest on the expenditure side austerity.

KIIFB borrowals are not reflected in th Budget, so the capital expenditure is underestimated in the budget to that extent. Life Mission is also funded in the same manner.

However, it must be said to Dr Isaac’s credit that he is committed to revenue-led fiscal consolidation.

Serenity Foundation death turns out to be murder