A senior officer said that the IAS officers were not taking the submission of IPRs regularly as a serious matter. (Photo: Representational Image)

Hyderabad: When a common man violates rules, the government takes stern action. When IAS officers who play key roles in the administration ignores rules; the government looks the other way.

As many as 64 IAS officers from the Telugu states have not filed their annual report on immovable property return (IPR) to the department of personnel and training (DoPT), according to data available on Thursday. Telangana state has 138 IAS officers and 170 are posted in Andhra Pradesh.

According to DoPT’s instructions, vigilance clearance shall be denied to IAS officers who fail to submit the annual immovable property returns. They will therefore find it difficult to go on deputation, foreign training and for empanelment among others. 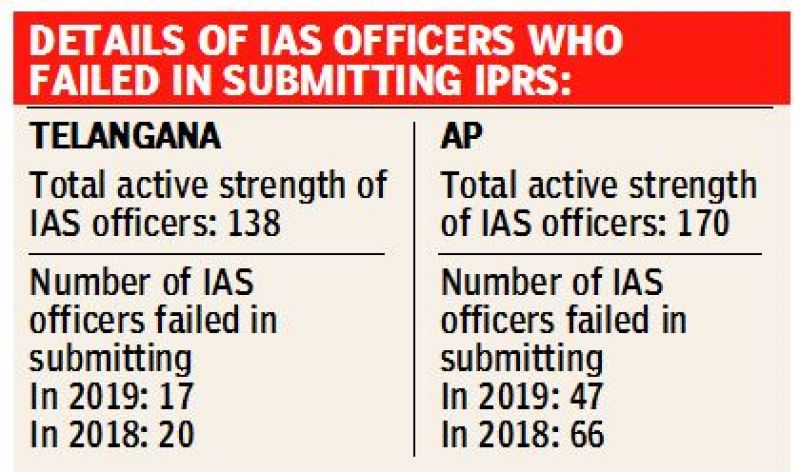 A senior officer said that the IAS officers were not taking the submission of IPRs regularly as a serious matter. He said some IAS officers submitted the IPRs after the deadline.

A senior officer said that every year some of his colleagues do not submit IPRs and he had never heard of denial of permission to visit foreign countries or any other action taken by the Centre on them.

Bihar to go for three-phase poll from October 28; counting of votes on Nov. 10