Budget 2017: Jaitley’s proposals to cleanse the system of political funding

New Delhi: Finance Minister Arun Jaitley on Wednesday dealt a big blow to the system of dubious political funding by announcing that a party cannot receive more that Rs 2,000 from one source in cash. Loud murmurs echoed in the Lower House of Parliament as he made the announcement.

Jaitley said that political parties continue to receive most of their funding through anonymous donations, which are shown in cash. He said his government was striving to bring in more transparency in the political funding system.

“An effort needs to be made to cleanse the system of political funding in India,” Jaitley said in the Budget Session and made the following proposals: 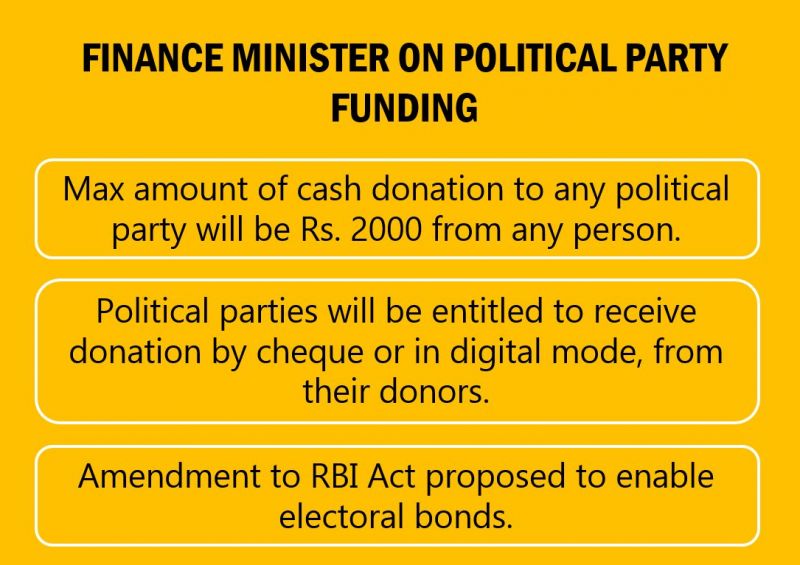 "This reform will bring greater transparency and accountability in the political funding while preventing future generations of black money," Jaitley concluded.