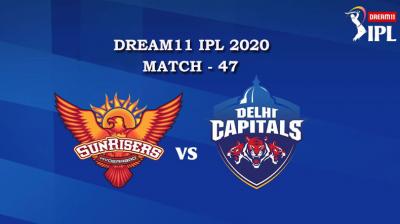 A man on Sunday threw a shoe at Delhi Chief Minister Arvind Kejriwal while he was addressing a rally against demonetisation in Rohtak, Haryana. (Photo: ANI/Twitter)

The shoe, however, missed its target and the youth was nabbed.

The incident took place this evening when Kejriwal, the convenor of Aam Aadmi Party, was addressing Tijori Tod Bhanda Fod rally against the demonetisation move.

The shoe was hurled towards Kejriwal when attacked the Prime Minister over the demonetisation decision, terming it as a "scam".

"The shoe did not hit Kejriwal ji," said AAP's senior leader from Haryana, Navin Jaihind, who was also present.

AAP workers overpowered the youth and he was later handed to police at Urban Estate station. Police said they were interrogating the motive behind the act.

The accused identified as Vikas (26), was a resident of Mori Makrana village, district Dadri in Haryana, a senior police official told PTI.

"He is graduate and unemployed. When we questioned him, he said that he was hurt by Kejriwal's statements on the SYL issue which went against Haryana's interests. At the time of being questioned, the youth did not seem to be in sound mental condition," the police official added.

Kejriwal said the incident proved Modi?s "cowardice". "Maine kaha tha Modi ji Kayar hai. (I had said Modi is a coward), that is why he sends his stooges to throw shoes...but you may throw shoes or conduct CBI raids, that will not stop me from speaking the truth about demonetisation scam..," he said.

Attacking the Prime Minister on demonetisation, he said the move had "made poor farmers stand in long queues for their own money."

Kejriwal alleged that the BJP leadership had sounded their near and dear ones before announcing demonetisation.

He termed demonetisation as the "biggest scam" in the country post Independence.

"On the contrary, it has hit all sections of the society, especially the common people," he said.

Speaking on the occasion, Jaihind claimed that AAP will win 100 of the 117 seats of the poll-bound Punjab state.