Bengaluru: Ten school children had a miraculous escape after a speeding SUV collided head-on with their bus in Kallahalli village near Anekal on Monday morning. The police said that the incident took place around 7.30 am. The bus was carrying ten children and was attached to Sadguru Sainath International School located in Kudlu near Electronics City.

A senior police officer said that the bus driver had picked up 10 students from nearby localities and was heading towards the school. The SUV (a Tata Sumo) driven recklessly came from the opposite direction and crashed into the school bus. The driver fled the spot after abandoning the vehicle. The area residents rushed to the rescue of children and helped them get down from the vehicle. 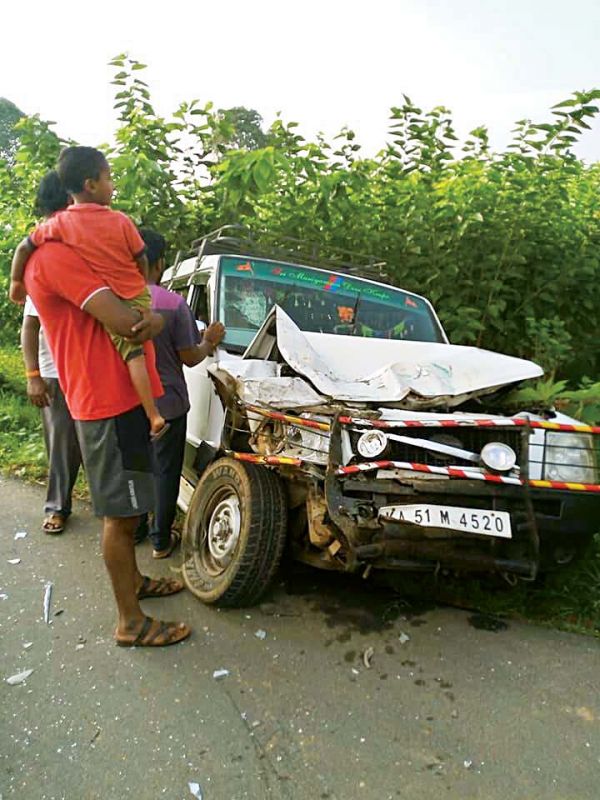 An SUV after a head-on collission in Kallahalli village near Anekal on Monday morning.

The children were taken to a nearby hospital and after the first-aid they were allowed to reach the school in another vehicle. The residents said that they saw the SUV driver, who had injuries on his face, running away from the spot.

Muniraju V., a witness, said, "The school bus driver helped the children get down and they were all in shock after the accident. Some of them were crying and locals called the school staff who then alerted their parents."

A case has been filed under rash and negligent driving and both the vehicles have been seized as part of the investigation.