The car in which the 4 deceased were travelling is left damaged after it was rammed by a state transport corporation bus near Maduranthagam in Kancheepuram district in the wee hours of Monday. (Photo: DC)

Chennai: Five members of a family, including a six-year-old boy, were killed in the early hours of Monday after a state transport corporation bus rammed into their car which was parked by the roadside as it had broken down near Maduranthagam in Kancheepuram district, 100 kms from the city. The car fell into a canal by the roadside and five of the eight occupants in the car died, police said. The incident happened around 1 am. The family had come to the City to attend a house warming ceremony and were returning to their village in Pudukottai district when the accident happened. The deceased were identified as Tamilselvi (60), Radika (30), her son Ilambardhi (6), Dinesh (24) and Prabavathi (40). Three others including the car driver, Ajith Kumar survived with injuries. “The family had come on Saturday evening and stayed in Kodambakkam. After attending the ceremony at Anna Nagar, they left the city around 11 pm to reach Sembattur village in Pudukottai”, a police officer quoted the driver as saying. 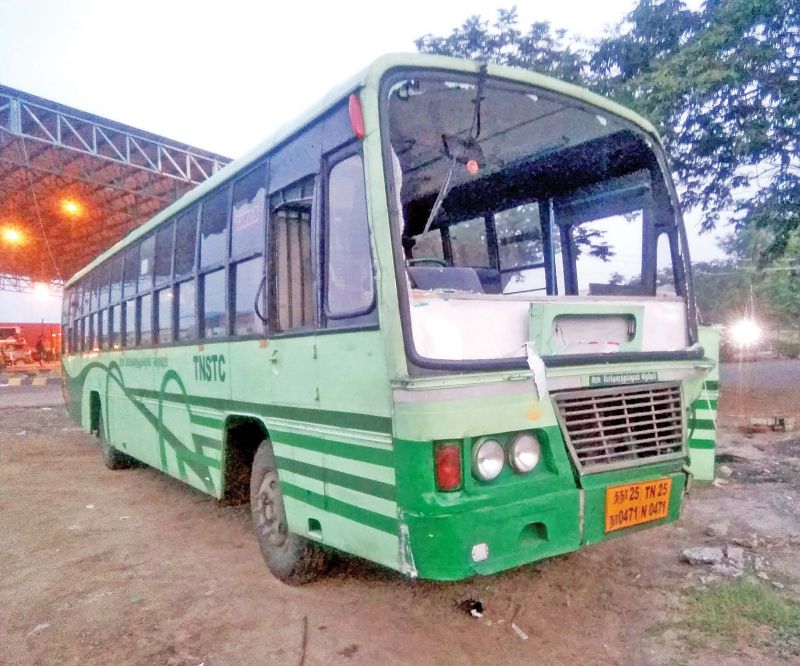 The driver had halted the car near Thalambedu after an alarm went off about a fault in the engine. As Ajith Kumar was checking the engine after parking the car, the Tamil Nadu State Transport Corporation (TNSTC) bus, which was moving towards Tiruvannamalai, rammed it. Ajith Kumar, who was outside the car, was thrown to the ground while the car was pushed in the impact into the nearby canal. By the time, Acharapakkam police rushed to the scene along with rescue personnel, five of them had died, police said. Two others, Saroja and Marikannan and the driver were rescued and are undergoing treatment at the Government hospital. Traffic was affected along the Chennai-Tiruchy highway for more than an hour following the accident. There were 30 passengers in the bus and none of them was injured in the accident, police said. Achirapakkam Police registered a case against the government bus driver P.Sivakumar (41).

Heavy security in Delhi-NCR as R-Day near, amidst terror fears