The bus that crushed the 21-month-old on Monday morning.

Hyderabad: A 21-month-old baby girl was mowed down by a school bus in Shabad, Ranga Reddy district on the city outskirts on Monday morning. Officials booked a case against the school management for not deputing an attender in the bus for the children’s safety.

The girl has been identified as Momula Adhya who came to the main road with her mother, Lavanya to see off her elder brother, Satvik Reddy, 4, who is an LKG student of the school. 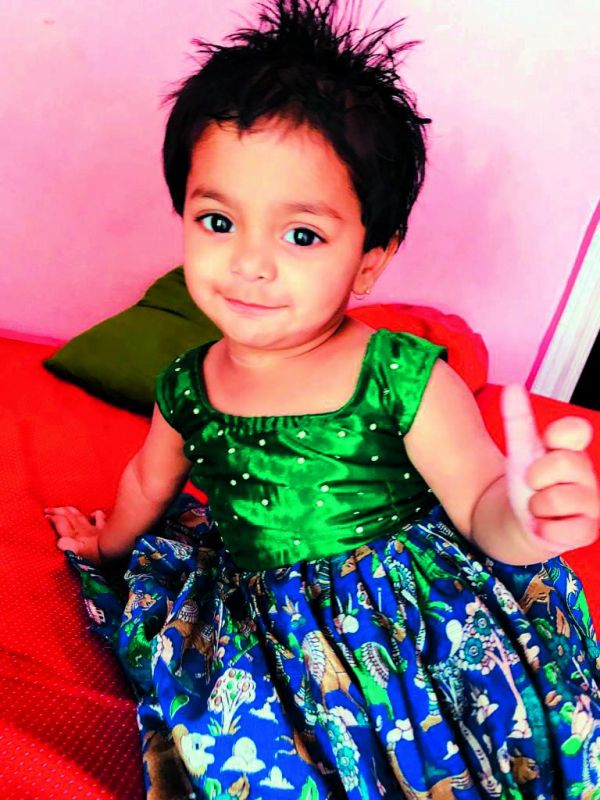 “On Monday morning, the bus, bearing the number TS 07 UA 0495 came to pick up kids and Lavanya took Satvik to the van which halted a few metres away from their house. While the mother was helping Satvik board the bus, Adhya crawled behind her and came in front of the van. After the boy boarded the bus, the driver, Jangaiah, 35, started the bus, crushing her under the left tyre,” said M. Ravi Kumar, Sub-Inspector Shabad police station.

A case of death due to negligence has been booked against the driver and the management of Sumedha Montessori School. The school bus had all the necessary documents and the driver was licensed, but the vehicle lacked an attender to take care of the students.

Satwik was admitted to Sumedha Montessori School located at Shabad a week ago by parents, Chandrashekar Reddy and Lavanya, a farmer couple from Gopigadda village under Shabad mandal.

“There were over 20 kids in the bus at the time of the incident,” added Ravi Kumar.  As per norms, the vehicle should have an attender to take care of the kids. But since the school management did not employ an attender, the management and the van driver will be booked for causing death due to negligence.

The body of the girl was handed over to the family after an autopsy and the driver was detained for questioning.