CCTV footage of the incident.

Chennai: Following protests by thousands of students at the SRM Institute of Science and Technology in Kattankulathur demanding the arrest of a college staff worker who allegedly masturbated in front of a girl student inside the elevator on Thursday, Maraimalai Nagar police on Friday arrested a 28-year-old man.

The girl immediately tried to stop the elevator and get out but the pervert blocked her path.  She screamed and managed to run out only when the elevator stopped on the fourth floor. 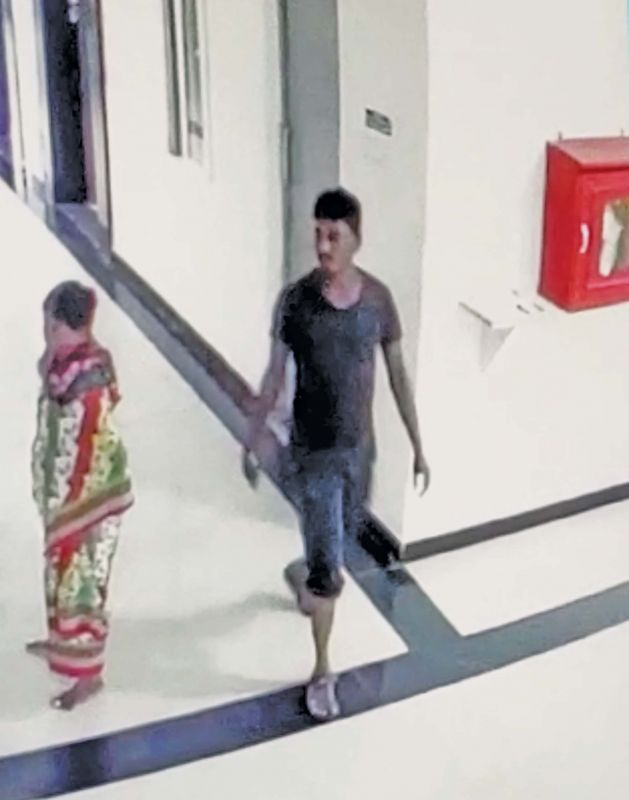 CCTV footage of the incident.

The girl, accompanied by her friends, immediately reported the incident to the hostel warden, but she appeared to blame it on the way the girl was dressed,
calling her dressing “inappropriate”.  When the victim asked for the CCTV footage to identify the man, the Warden asked for a letter from the victim to access the footage.

“She accused us of wearing skimpy clothes implying that the girl deserved what she got”, said the victim's friend. The warden had also hinted in an indirect way that this could have happened as the victim was a north Indian studying in south India. Angered by this, the students gathered in the campus grounds on Thursday night and demanded the arrest of the accused. Only after three hours of protests by more than a thousand students, did the officials and college management representatives come down to talk to the students. They were to assure the students that the accused would be arrested.

On Friday morning, Maraimalai Nagar police arrested Arjunan based on the complaint registered by the senior hostel warden Sankari (48) of SRM Woman's
hostel. The Registrar of the university on Friday said that the warden who allegedly victim-shamed the student has been suspended and if the allegations were found to be true her services would be terminated.

In a statement released on Friday, N Sethuraman, Registrar of the university, expressed regret for the incident. He said that a committee had been set up to look into the incident. He also explained that the man who was accused of
sexually harassing a student was an outsourced person who collects food waste from the mess and that he had breached security to enter the lift of the hostel building and that he is not an employee. “Seeking the consent of the parents resulted in a slight delay in lodging a complaint with the police, during which the students became restless”, he added.

Meanwhile, ex-students of SRM university wrote several posts on the social media alleging that this is not the first time such an incident had taken place in the university.

Kolkata cop opens fire, shoots self and a biker dead

CBI arrests four for graft at Paradip Port in Odisha