Hyderabad: 52 per cent of social media users admit to bullying

A city psychologist said a trend had been observed of young children getting into mood altering phases after being subjected to cyber-bullying.

Hyderabad: Even though cyber bullying is as prevalent in society as any other form of abuse, not much importance is given to educating people about prevention or about care for victims of cyber abuse.

It is only when dangerous online games like ‘Blue Whale Challenge’ become popular, that people are forced to acknowledge the threat that it poses to their children.

On December 31, T. Varun, a 19-year-old B-Tech student from BITS Pilani was suspected to be the first victim of the Blue Whale game in Telangana state.

“Varun was found dead at his residence in Gandipet with a plastic bag tied around his face,” said Jawaharnagar inspector G. Suresh. “We suspect that he could either be a victim of the deadly game, or of a love failure. We have sent his laptop for a check and will know the reason soon,” he added.

The victims are targeted via online games, a mobile application and, most commonly, by an anonymous friend on one’s social media account, said a working mother of two.

“They can reach us everywhere and the sad part is that one cannot trace them. However, we can surely prevent ourselves from being bullied. Many working parents provide expensive gadgets to their children in order to compensate for the time they have not been able to spend with them, which often backfires as children misuse them,” said Ms Usha Kumar, a working mother of two from Sainikpuri. 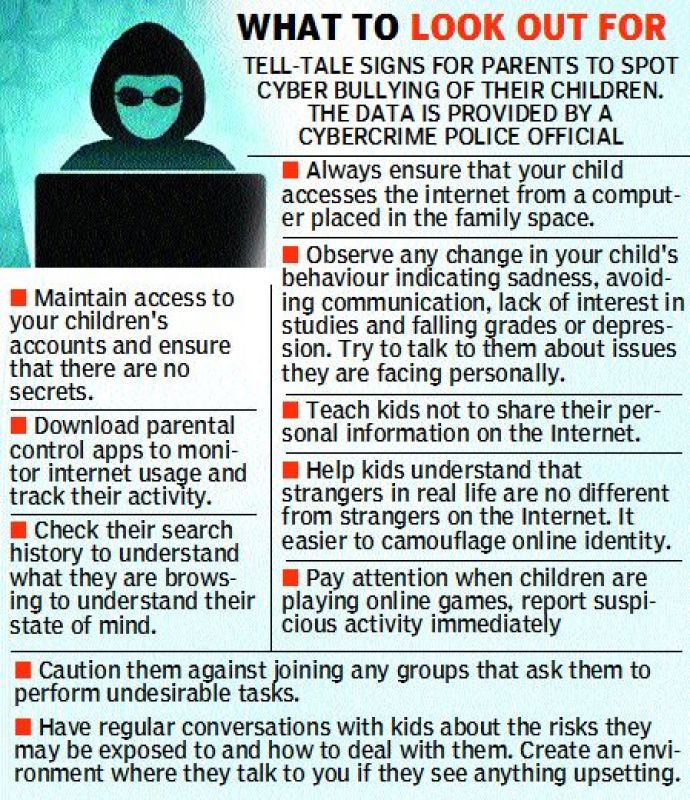 A city psychologist said a trend had been observed of young children getting into mood altering phases after being subjected to cyber-bullying.

They warn that many such cases go unreported. “Girls are more vulnerable to virtual bullying as sexual taunts can get very humiliating, especially on an open forum,” said psychologist Diana Monteiro.

“Parents should make sure they know their children’s activities and should keep a watch on them. Also, they should not allow children to play violent games. As and when we receive a complaint, we do make an arrest after thorough investigation,” said additional DCP, cybercrimes, K.C.S. Raghuvir.

Ten held for assault on minor in Karnataka

Four arrested for rape, murder of 8-year-old girl in Mangaluru