Hyderabad: Despite strict enforcement and counselling against drunken driving, a 27-year-old resident of Kacheguda was caught drinking alcohol while driving in broad day light on Tuesday. The youth has been identified as Dev Shiv, who was driving in Moosarambagh area around 11.15 am. His Blood Alcohol Concentration (BAC) was found to be 288 mg/ml. Though no regular morning checks are conducted, Hyderabad traffic police are on the lookout of alcoholics after the death of a seven-year-old Remya in 2016. The offender was caught while a cop observed him drinking while driving. The vehicle was detained by Malakpet traffic police and it will only be released after the offenders attends the court proceedings and counselling sessions at Traffic Training Institute at Goshamahal or Begu-mpet. Reportedly, the vehicle has Karnataka registration. 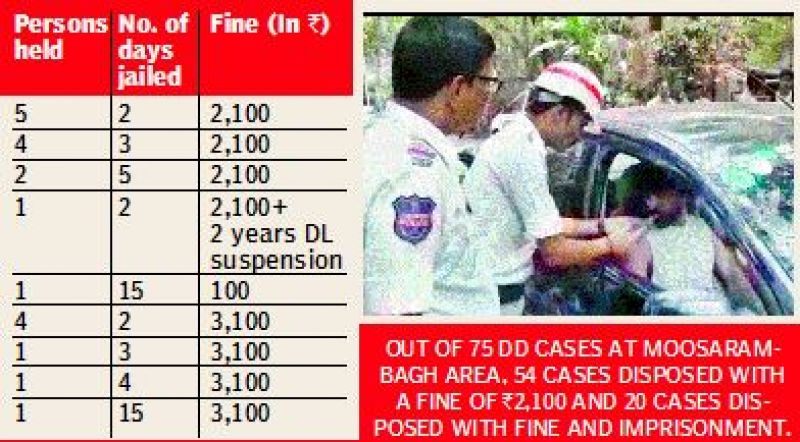 However, the person was caught when our staff observed him at Moosarambagh. “Along with alcohol, biryani packets were also found in the car. When our team inquired the offenders, they said that they are consuming Red Bull, an energy drink, even thou-gh they were consuming alcohol,” police said.

“Nearly 75 drunken driving cases were boo-ked in the last few weeks and among this, 54 cases were disposed after the offenders paid a fine of Rs 2,100.  This is a case that can lead to 3-5 days impri-sonment,” police said.

'Godman' absconding after murder of businessman in Hyderabad