Female infanticide is rampant in the state. (Photo: Pixabay)

Jaipur: Deepika Padukone should stay away from Rajasthan. No, she need not be afraid of the young Rajput leader, Mahipal Singh Makrana, who had threatened to chop off her nose if the movie Padmavati was not banned. She should be afraid that statistically women between the age group 18 and 44 are not safe in the state.

Not just strangers but the girls are not safe within the homes as the number of incest rape, at 98, was also highest in the country.

Everyone remembers December 16 rape case that shook the nation, but just three months before that a 15-year old girl in Sikar was raped to the extent that she had to undergo 20 operations in Jaipur and AIIMA, Delhi. Yet, there was not a whimper of protest from men and women who have taken to street for the honour of a queen whose existence is based on a 16th century poet’s work of fiction. 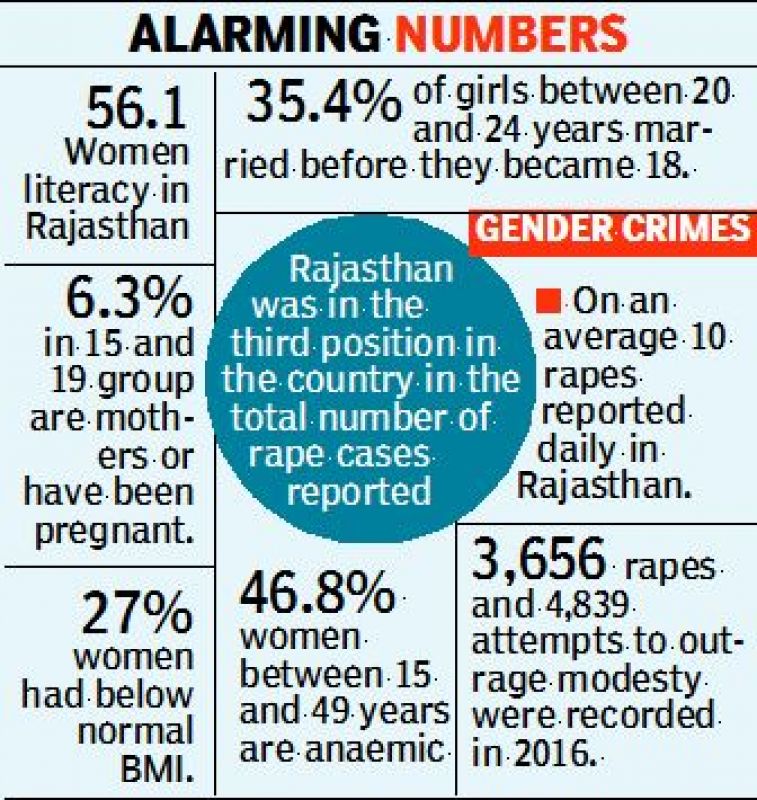 Female infanticide is rampant in the state. On Friday, an Army man in Sikar killed his newborn daughter because he already had a daughter. Two months ago, a mother strangulated her 11 day-old daughter.

Those who survive are abandoned by the parents. “Around 77 newborn babies, including 47 girl children, who were abandoned just after their birth were saved between March 2016 and October 2017,” Devendra Agarwal, state advisor to the government of Rajasthan for Aashray Paalna Sthal Yojana, said.

Many of those fortunate enough to survive don’t escape discrimination whether it is in access to food, education or health facilities. The desert state also has the worst percentage of girls going to school in the 15 and 17 age group. Boys are sent to private school while girls go to government schools. Mortality rate is higher among girls than boys.

Contrary to coming out in the open to protest against Padmavati by brandishing swords, most Rajasthani women still live in purdah.

“Yes, we are concerned about these issues as well,” said state president of Rajput Karni Sena, Ajit Singh Mamdoli. He said, the organisation is involved in various activities for upliftment women but lamented that the media pays attention only when an agitation of this nature is launched.

Want Congress to be party of young India: Shashi Tharoor

Email threat to blow up IndiGo flight turns out to be hoax, Mumbai cops register case