Bengaluru: The mystery surrounding the murder of a 67-year-old financier on April 2 has been solved after the arrest of three people, including two women, by K.R. Puram police.

The accused have been identified as Sumayya Banu (22), Sumati (23), both residents of MG Nagar in Shankara Math, and Sumati's brother Karthik alias Appu (20), a resident of Papanna Layout at Maruthi Nagar in Yalahanka.

They had fatally strangulated the financier, Sanjay Satish, at his rented flat in TGR Corner apartment at Bethel Nagar off Kodigehalli Main Road and decamped with Rs 1.5 lakh in cash and gold ornaments worth `8.50 lakh that he was wearing on the fateful day. 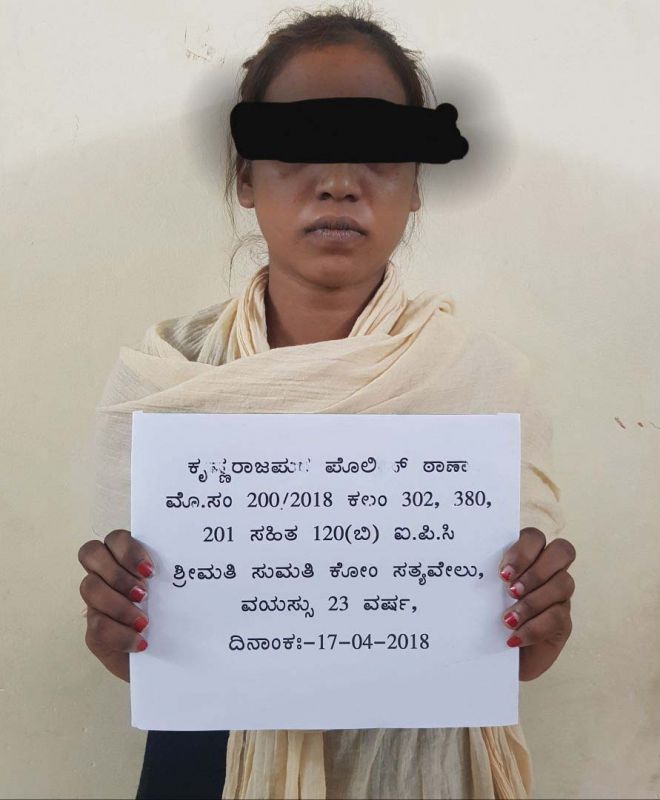 It all started at the Malleshwaram police station, where Sanjay, who is also a volunteer at ISKCON, had gone to file a complaint against a person regarding some finance related issue on March 27.

Incidentally, Sumayya who was fed-up with harassment by her husband Dadapeer, too happened to be at the police station to file a complaint.

Later they both met outside the station and exchanged their mobile numbers. Sanjay was living alone in the city, while his wife and children were settled in New Zealand.

He requested Sumayya to get him a woman to work as a domestic help at his residence. Sumayya then discussed the same with her friend Sumati and they went to Sanjay's house on March 31. 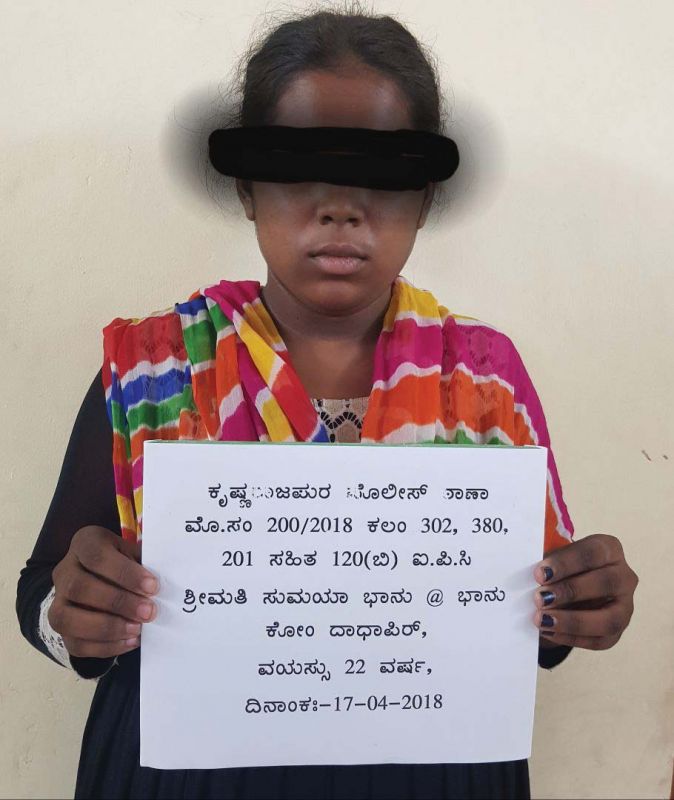 They noticed Sanjay was wearing gold ornaments and having lots of cash in the cupboard. They duo told Sanjay they would come after two days.

The duo hatched a plan to kill Sanjay and rob cash and gold ornaments and also roped in Sumati’s younger brother Karthik.

On April 2 around 4 pm, the trio went to Sanjay's flat on the pretext of working there. While he was talking to them, Sumati strangulated him using her veil while Sumayya tied his legs with her veil.

Karthik threw chilli powder on Sanjay's face and smothered him to death.

They then decamped with cash, three gold chains and three rings weighing 230 grams, worth around Rs 7 lakh that Sanjay was wearing, the police said.

The incident came to light when his neighbours sensed foul smell emanating from his flat on April 4. They alerted the police, who rushed to the spot and broke open the door to find Sanjay's decomposed body.

The police during the investigation examined the CCTV footage of the apartment and phone call details of Sanjay. The police noticed that Sanjay received multiple calls from a particular number between March 27 and March 2 which belonged to Sumayya.

The police then summoned her for questioning during which she confessed to the crime. She also named Sumati and Karthik who were also arrested.

A small but necessary step to save Cauvery delta

Hyderabad: Another car falls off flyover