According to the police, Priti’s body was found hanging in her room in her parents’ home. A purported suicide note was also found with her. Although, her kin claimed that the move to arrange second marriage of her husband allegedly at the behest of the minister had driven her to end her life, the purported suicide note left by her however, made no mention of the reason of her taking the extreme step.

She also blamed no one in her suicide note for ending her life. The police was however tight-lipped on the incident. “We are probing into the matter”, additional superintendent of police of Raisen district Kiran Bala said. 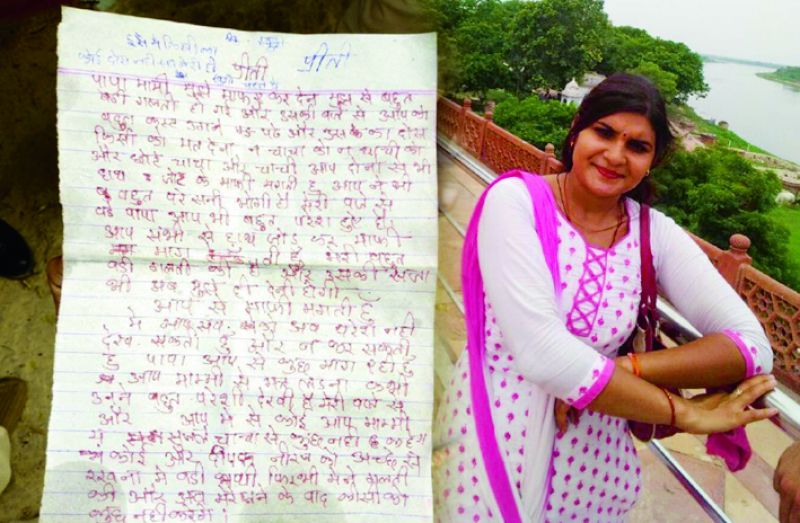 “She became very upset when she learnt that arrangement was being made to conduct second marriage of her husband. Her in-laws never accepted her as their daughter-in-law. Hence, she used to stay with her parents”, her brother said.

Officials ignore 21-day deadline to book and punish the guilty