Adesh Kamra, a tailor from a small town in Bhopal, was arrested for killing 34 people in cold blood. The details of his modus operandi will send chills down your spine. SP South Bhopal Rahul Lodha, along with his team including lady officer SP Bittu Sharma, managed to take Adesh down at gunpoint.

To his neighbours, Adesh Khamra was the quiet tailor next door who always kept to himself. So when he was arrested by the police, it not only came as a surprise but sent shock waves across the neighbourhood. Adesh wasn’t arrested for some petty crime; it turns out he’s a serial killer! While this story does sound like the plot from the movie Raman Raghav 2.0, this event actually took place in the little town of Mandideep, just outside Bhopal.

Adesh was a neighbour, friend and a parent, but beneath the facade of an ordinary man was a sinister person who feels no remorse for his actions. Influenced by his uncle — killer Ashok Khamra, who had admitted to around 100 murders upon his arrest in 2010 —  Adesh has confessed to killing 34 people so far. The murders are made even eerier by his belief that he was giving his victims salvation. 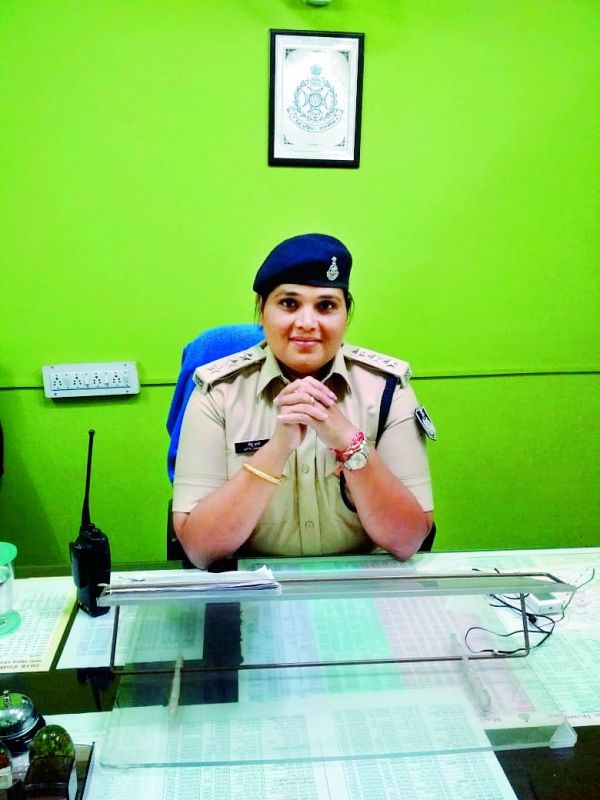 When the first case of robbery and murder came to us, my officer said it’s very difficult to solve blind murder cases. But I was confident that if we concentrate on this particular case, there is no way we couldn’t solve it in nine or 10 days
– CSP Bittu Sharma

How the cops tracked him

It was SP South Bhopal Rahul Lodha, who, along with his team including lady officer SP Bittu Sharma, managed to take Adesh down at gunpoint.

“It all started when we registered three cases of missing trucks along with the drivers and their apprentices. We got suspicious and formed a special investigation team. We arrested seven people, and one of the culprits — Jaykaran Prajapati — revealed Adesh’s name during the investigation,” says the officer.

The police arrested Jaykaran in connection with a double murder-cum-highway robbery case committed on the outskirts of Bhopal on August 13.

“We finally nabbed Adesh from the jungles of Sultanpur in Uttar Pradesh. It was only after being apprehended that he spilt the beans,” says the officer.

Adesh, who was preoccupied with death, blood and violence, operated with great precision. “Adesh and his associates would pretend to be friendly with the drivers and their helpers. Then they would rob the truck while Adesh would garrotte or poison them. 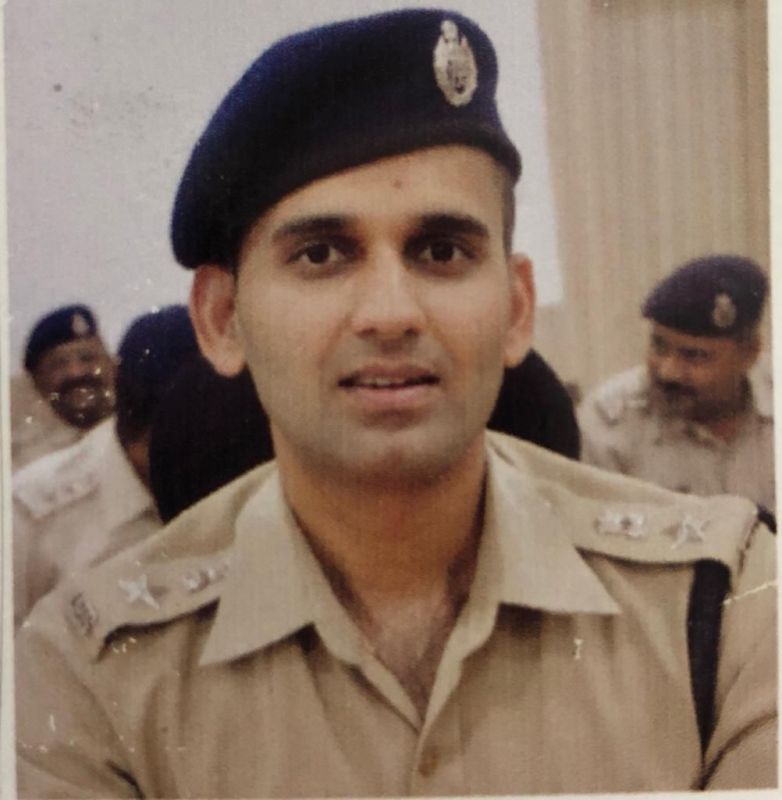 We wonder how someone can be so calm even after committing 34 murders. His focus has always been on the process of killing, which is why he remembers everything about the victims. The bodies were found at the locations identified by him
– Rahul Lodha, SP South Bhopal

“He started killing them because he didn’t want to leave any evidence behind. Then Adesh would strip them of their clothing and dump the bodies under culverts or on hilly roads,” says the officer.

Like many other serial killers, Adesh shows no signs of guilt. “We wonder how someone can be so calm even after committing 34 murders. His focus has always been on the process of killing, which is why he remembers everything about the victims. The bodies were found at the locations identified by him,” says the officer.

How was this killer roaming around freely for the last eight years?

While Adesh was earlier arrested in 2014, he managed to walk away scot-free due to lack of evidence. His associates and he ensured that the police would have a hard time finding the evidence. He would rob the truck at one place, kill the driver at another place and dump the body at a different place. It’s then no wonder that bodies were turning up in states like Madhya Pradesh, Maharashtra, Uttar Pradesh, Bihar and Jharkhand.

This is the first time in his career that the officer has nabbed a serial killer. On the investigation, he says, “It has been proved that he killed 34, but we are questioning him. We don’t know how many more cold cases will be traced back to this gang.”

Adesh’s tryst with crime is said to have started in 2010. During the initial days, he would befriend truck drivers and persuade them to attend a roadside liquor party and proceed to kill them. Later he started to use sedatives as part of his modus operandi.

It may come as no surprise that the 48-year-old Adesh’s childhood was filled with abuse and emotional neglect. Sources say his father the late Gulab Khamra physically abused him from a very young age.

The police say eight other people, who have helped Adesh in the robberies and murders, have also been arrested as part of the investigation.

She’s a woman of steel! CSP Bittu Sharma and team’s arrest of serial killer Adesh Khamra is no mean feat. It was the result of a 36-hour-long chase deep within the jungles of Sultanpur, Uttar Pradesh. When this Bhopal CSP, along with SP Rahul Lodha and nine other members of the special investigating team, valiantly embarked on the task, Bittu knew mental, physical and emotional grit was needed.
This national-level Taekwondo athlete has been fearless in following her dreams, despite the challenges. “I joined the post four months ago, before that I was at the Police Headquarters.  When I joined, the other senior officers were sceptical about my performance. My first challenge was to stop the sale of illegal liquor and after completing this, I earned the faith of my seniors,” says the 42-year-old.
Clad in Khaki, Bittu is on par with her male colleagues when it comes to taking down criminals. “One has to stay focussed irrespective of what people say. When the first case of robbery and murder came to us, my officer said it’s very difficult to solve blind murder cases. But I was confident that if we concentrate on this particular case, there is no way we couldn’t solve it in nine or 10 days. My senior SP Rahul was very optimistic about it,” she says, adding, “You can’t have a narrow focus or you will miss something. It’s like figuring out a puzzle.”
Even as she does a good job of protecting the public, she tries to keep the peace at home too. “You’re expected to work nights and weekends as well as balance a family with your ever-changing sleep patterns,” says Bittu, who has a teenage daughter. She says her career is stimulating, engrossing, gratifying as well as stressful.
“My daughter is affected the most. I am not able to concentrate on her or give her Judo training. But I’m extremely grateful that I have an encouraging family. They trust me and understand my work schedule,” says the cop who is also a gold medalist in Judo.
So has she made her peace with the long hours? “I always look up to our jawans at the border. At least our families know that we will be back home, even if it’s late. But what about them? They always inspire me,” she concludes.