The man identified as Rohit Tomar, is seen brutally thrashing and kicking the woman with his knees and dragging her by her hair as she pleads for mercy.(Photo: YouTube | Screengrab | ANI)

New Delhi: A case of rape has been registered against a Delhi Police sub-inspector’s son after a video showed him beating a woman.

In the video believed to be shot at a private office in Delhi’s Uttam Nagar on September 2, the man identified as Rohit Tomar, is seen brutally thrashing and kicking the woman with his knees and dragging her by her hair as she pleads for mercy.

The video shows him throwing her to the ground, slapping and kicking her with his knees as she pleads him to stop. "Sorry galti ho gayi...sorry galti ho gayi (I am sorry, please forgive me)," the girl is seen pleading for mercy.

The video since being posted has become viral on social media.

Rohit has been arrested after Union Home Minister Rajnath Singh intervened, calling out the Commissioner of Delhi Police to initiate proper investigations via Twitter.

"The video of a girl being brutally beaten up by a young man has come to my knowledge. I have spoken to the Delhi Police Commissioner (Amulya Patnaik) on the phone and asked him to take necessary action," the Home Minister tweeted.

The person recording the video is also heard asking Rohit to let the woman go but to no avail. No one physically came to stop the man as he thrashed the woman mercilessly.

The incident was not reported until Thursday, when a young woman -- not in the video -- filed a complaint. According to reports, the complainant, ex-girlfriend of Rohit, told that the attacker had sent her the video after she refused to marry him and threatened her with similar consequences.

Rohit has been sent to one day police remand. 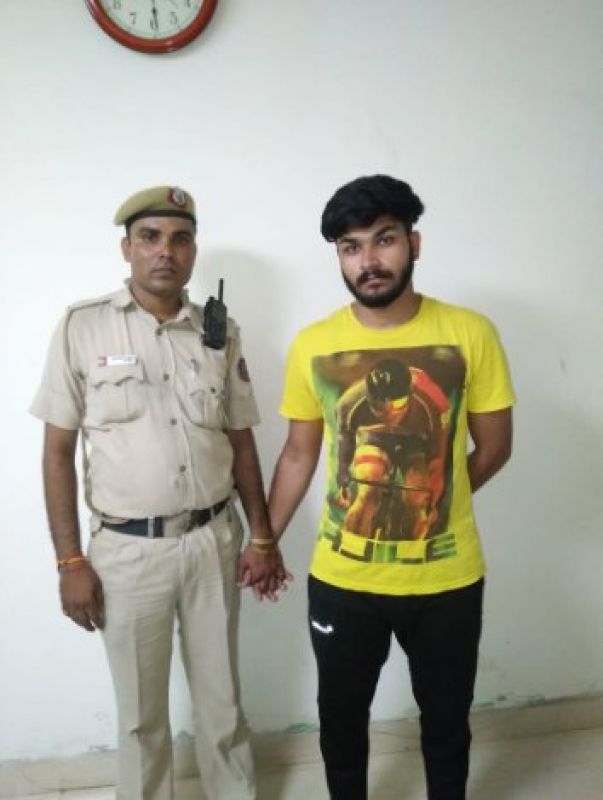 UP school manager asks students to cheat in Board exams, arrested

Court grants bail for all 10 accused in Gargi college incident