DECCAN CHRONICLE.
Published Jul 13, 2017, 1:14 am IST
Updated Jul 13, 2017, 1:28 am IST
Another SIT official said that section 67 will ensure that the excise authorities can question any person on benefit of doubt.

We requested in the notices that they cooperate with the investigation teams, the official said. (Representational Image)

Hyderabad: The Special Investigation Team (SIT) of the enforcement wing of the excise and prohibition department, on Wednesday, sent notices to 10 prominent Tollywood personalities to appear before it for questioning in the drugs case. Another 35 personalities will get notices in the coming two days.

“Two women, three prominent film stars and a popular director are among the 10 persons,” said a SIT official. Fifty persons from the Telugu film industry have been identified as having links with Calvin, the kingpin of the drug racket unearthed in the city ten days ago. The call data from Calvin's phone showed these persons called him frequently. 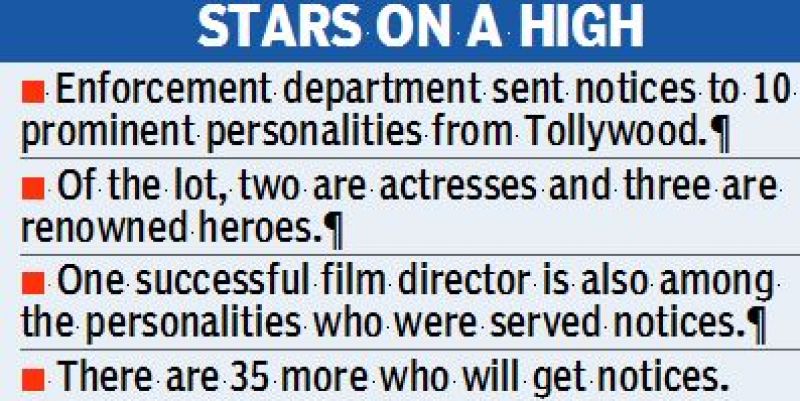 Akun Sabharwal, director of enforcement, said, “We can’t judge at the moment who the addicts and suppliers are. We have sent notices to them. We can’t reveal names or the number now. The notices have been sent under Section 67 of the NDPS Act.”

Another SIT official said that section 67 will ensure that the excise authorities can question any person on benefit of doubt. “We will question them on how they are in contact with the accused persons in the drug racket. We requested in the notices that they cooperate with the investigation teams,” the official said.