The Madhya Pradesh police on Sunday registered a case against six of its police personnel in connection with the custodial death of a man in Bel Garha district of Gwalior. (Representational Image)

Gwalior: The Madhya Pradesh police on Sunday registered a case against six of its police personnel in connection with the custodial death of a man in Bel Garha district of Gwalior.

The case was registered under section 302 (punishment for murder) of the Indian Penal Code (IPC). The victim has been identified as Suresh Rawat.

"Due to a land dispute, my elder brother and the person who owns the adjacent farm went to the police to file complaints against each other. While the police registered the complaint moved by the other person, they demanded Rs. 20,000 from my brother," the younger brother of the victim, stated in the complaint filed in the police station. 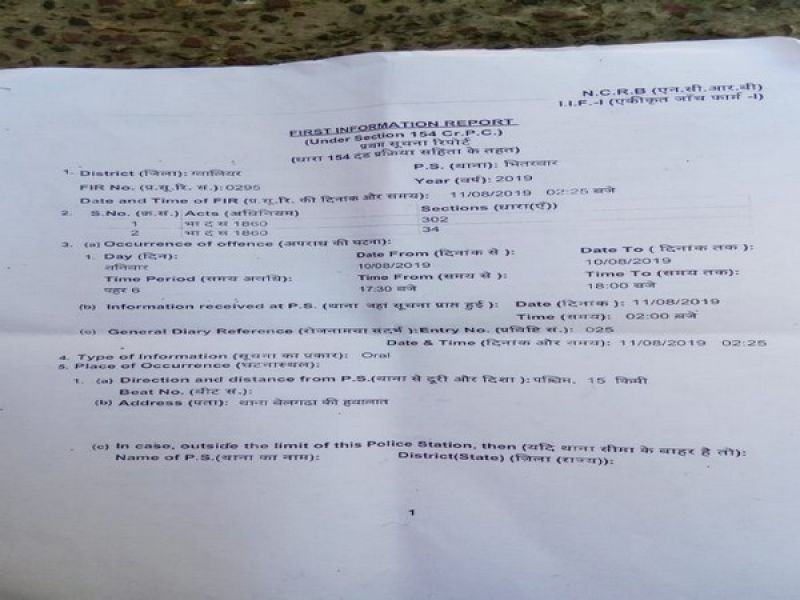 The complaint filed by younger brother of the victim. (Photo: ANI)

The complainant alleged that his brother was beaten up after he refused to give the money.

"His shrieks could be heard outside the police station. He died on the spot and was taken to the hospital by the officers. When the doctor declared him brought dead, all of them fled the spot," he alleged.

Karnataka woman arrested for burning her baby alive in oven