Nineteen women drivers landed in the police net and were booked this year, against nine in the previous year.

Hyderabad: Striking a blow to the awareness campaigns and police crackdowns, women found driving under the influence of alcohol are on the rise in the city. In fact, some of them were booked by the police. The police has less female hands to assist them while conducting drunken driving checks on women and many of them go scot-free. 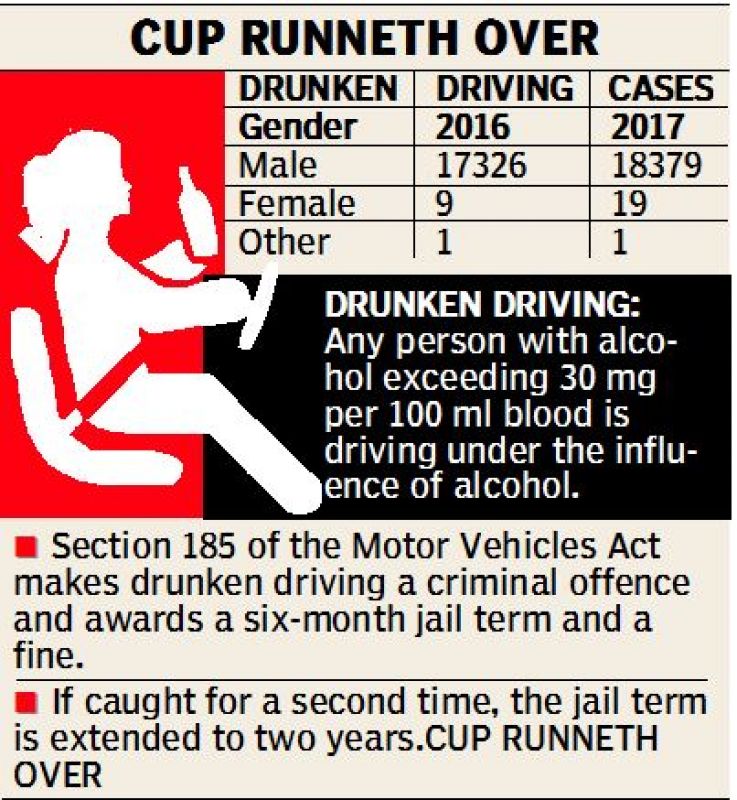 Nineteen women drivers landed in the police net and were booked this year, against nine in the previous year. Eight of them were rounded up at Jubliee Hills. Banjara Hills, Madhapur, Gachibowli, Hitec City and Kukatpally were other places in the city where the police conducted checks. According to the police, none of the women were arrested as the alcohol content was less than the prescribed limit. Though number of women driving under the influence of alcohol inc-reased few of them are caught as the women police was conspicuous by their absence during the checks, especially at nights, say road safety experts.

Vinod Kumar Kanumala, a road safety expert, said, “Due to lack of women police, the police tend to be lenient towards women drunk drivers. Though awareness level has increased a few women still think they can get away due to the soft nature adopted by the male police. The statistics do not give the actual picture. Deploy more women cops during the checks, the figure will go up definitely.”The police, however, refuted these allegations. A.V. Ranganath, DCP Hyderabad traffic, said, “We are not at all lenient towards women. To check women drivers, we deploy female cops during checks.”