After a long time water is seen running full on either side of the Cauvery river after discharge was stepped up at Mukkombu near Tiruchy on Sunday.(Photo: DC)

SALEM/TIRUCHY: With the water level in the Mettur reservoir exceeding its full height of 120-ft (the level was 120.80 feet on Sunday evening), the Salem district authorities and the district administration have no option but to release bulk of the extra inflows into the dam into the Cauvery river, through the 16-eyed spillways, Mettur hydel power station and through Mettur East and West bank canals. 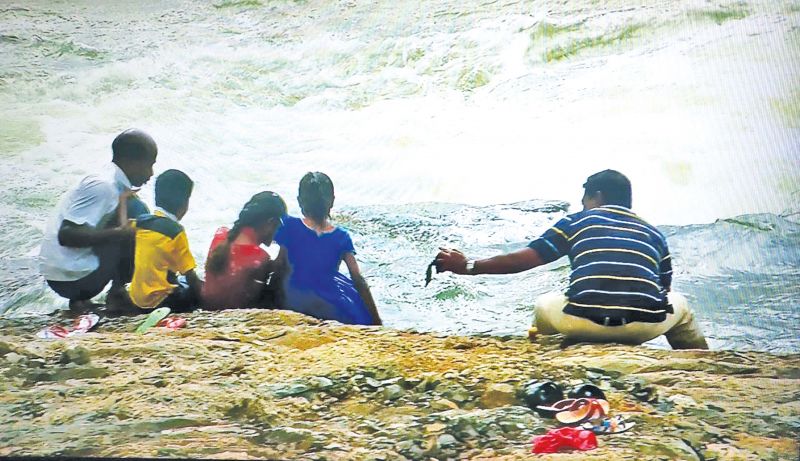 Despite the flood warning people revel near the river bank in Mettur.(Photo: DC)

Official sources said as over 71, 000 cusecs was flowing into the reservoir this evening, the PWD authorities were letting out as much as 65,000 cusecs simultaneously into the Cauvery river as the excess flows cannot be stored in the dam now.

Despite all the precautionary measures taken by the authorities, including putting up warning boards and issuing flood warnings to 12 delta districts beginning from Salem, a large number of local tourists flocked to Mettur dam on Sunday to enjoy the scenic beauty and the huge volume of water gushing out. 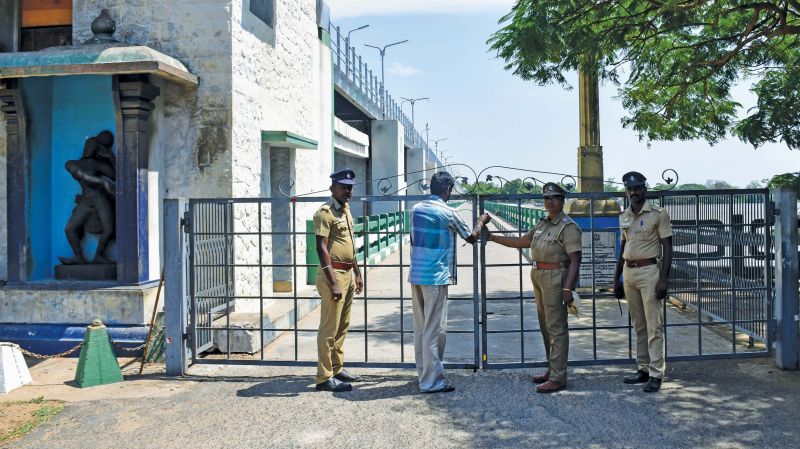 Public entry has been banned at Mukkombu on the bridge across the barrage on the Cauvery river and police security has been posted.(Photo: DC)

But what caused concern was they groups of them not only crowded around sensitive structures like the 16-eyed spillway, scores of people including children were seen playing in the river close to the banks and some even taking selfies. Locals urged that more policemen need to be posted for security duty there.

Mr. Baskar told DC on Sunday that discharge into Cauvery at Mukkombu was 35,000 cusecs and through Kollidam 20,000 cusecs. The entry of the public to cross over from southern bank of river Cauvery to Northern Bank of Kollidam was banned.

It might be recalled that a portion of the barrage across the river Kollidam was washed away due to heavy floods on August 22 last year. Following this, the State Government has ordered the construction of new barrage and the work was going on till last week, but suspended now due to the heavy inflows.

Mr. Baskar said despite heavy inflows reaching Mukkombu, they saw no threat to the temporary structure near the damaged barrage. Tiruchy collector S. Sivarasu visited Mukkombu and held discussions with Mr. Baskar and other officials to ensure the security of people living near Cauvery and Kollidam rivers.

1800 booked in Hyderabad for drunken driving on New Year eve

Villagers waylay officials, no halt to child marriage in Warangal