While the number of physical abuses reported was 101 in the district, the instances of emotional abuse went up to 107 and that of sexual abuse reported was 125 cases. (Representational image)

KOZHIKODE: The shocking data revealed by the Childline India Foundation on the abuse against children shows that there is no reduction in the number of crimes committed against them and it never showed a downward trend. Though some argue that the higher number of cases being reported may be a reason for the high rate of child abuse reported in 2017 (356), the fact remains the same.

Even in a state that boasts of cent per cent literacy rate, 10 cases of child marriages were reported but successfully prevented, officials said. Though only one case of child labour was reported, the Foundation fears that the figure could be higher on the ground. Child beggary cases reported last year went up to 12.

While the number of physical abuses reported was 101 in the district, the instances of emotional abuse went up to 107 and that of sexual abuse reported was 125 cases. 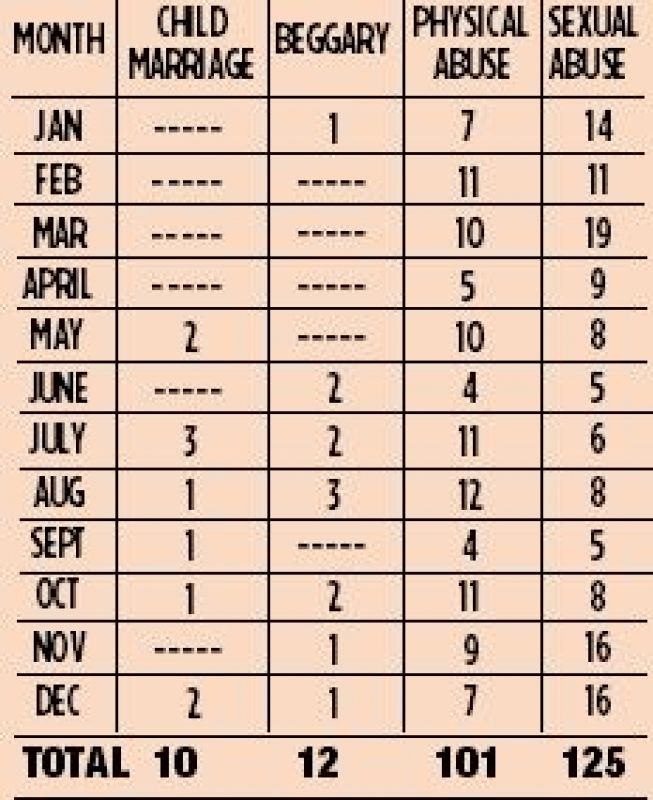 The NGO could successfully provide emotional support and guidance to victims in 84 cases, said district coordinator Muhammedali MP. “It is mandatory that guidance should be given to the victims of sexual abuse to help them overcome the trauma. Other children are also being brought here for counselling at the request of either their parents or teachers,” he added.

'Operation over in 12 hours': Assam Police on arrest of accused in 'Bulli Bai' case