The equipment recovered worth Rs 87 lakhs

The police also arrested the person who used to receive the stolen equipment and sell them to service providers. Lab optics is used for transferring bulk data through internet router.

Police said the complaint was registered with Marathahalli police station on May 21 and the arrests were carried out last Sunday. 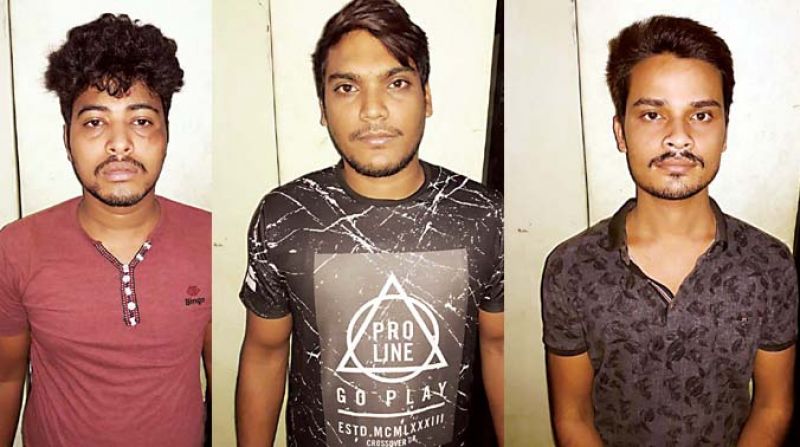 Manas, Janama and Nirankari (From left to right)

The accused were reportedly committing theft from company's locker for past many months. The arrested have been identified as Manas Ranjan Das (24), Janama Jaya Satar (24) and Nirankari (23). While two of them were staying as paying guests, the third was arrested from Kodigehalli.

A police official privy to the probe said that the theft came to light on May 20 when a manager from the security department noticed over 10 units of lab optics, worth Rs 30 lakh, missing from the locker. He approached the jurisdictional police and registered a complaint. The police team visited the spot and during preliminary investigation it came to light that as many a total of 197 lab optics were stolen.

Based on suspicion by the manager, the police team kept a watch on maintenance staff. Based on credible inputs and constant surveillance, the team arrested one of the accused and his questioning led to the arrest of the other two, the police said.

During questioning, the accused told the police that they didn’t know how expensive the lab optics and was and sold to local vendors.

The arrested receiver, identified as Chandrakant, revealed that the lab optics is difficult to find in the Indian market hence their value is higher. “Chandrakant used to sell the optics to scrap agents and local dealers. Team has recovered a huge cache from the arrested,” said a police officer.

Marathahalli police have registered a case.