Bengaluru: The Magadi police have arrested four people, including two women and a 17-year-old boy, for sacrificing 10-year-old Ayesha in a black magic ritual.

Investigations revealed that they sacrificed Ayesha, thinking that it will help the brother of the prime accused recover from paralysis.

Mohammed Vaseel, 42, his sister Rashidunnisa, 36, both residents of Sunakal village in Magadi, black magician Naseema Taj, 38, a resident of Goripalya off Mysuru Road, and the minor are the arrested. Vaseel, a small-time businessman, is a distant relative of Ayesha’s father.

Vaseel’s younger brother Rafiq was running a medical store in Tumakuru. He recently suffered a paralytic stroke, could not manage his business and shifted to Vaseel’s house. The father of the two brothers was known in the village for his black magic rituals. But as he has aged and suffers from memory loss, the brothers wanted the rituals done by Naseema, who has reportedly learnt the tricks from their father. Vaseel and his sister Rashidunnisa approached Naseema seeking help to cure Rafiq of paralysis, the police said.

“Naseema told them that she could help, but they had to arrange a girl, aged between 8 and 11, who has to be sacrificed. She reportedly promised the brother and sister that within a month of the ritual, they could see their brother returning to normal. Vaseel sent pictures of eight girls, including Ayesha’s, to Naseema and she chose Ayesha,” an official said.

“They decided to sacrifice Ayesha on Wednesday. Vaseel and Rashidunnisa asked the minor accused, also a relative, to bring Ayesha to his house, close to girl’s home. From there, Vaseel and Rashidunnisa took the girl to Vaseel’s land, where Naseema was waiting for them. As they brought the girl, Naseema reportedly hypnotised the girl telling her that a spirit would possess her body. After performing some rituals of black magic, Naseema tied a lemon to the girl’s leg and the accused strangled her by tying a duct tape tightly around her neck and smothering her. Later, they threw the girl’s body into the canal on Hosahalli Road in the early hours of Thursday and returned to their houses,” the police said. 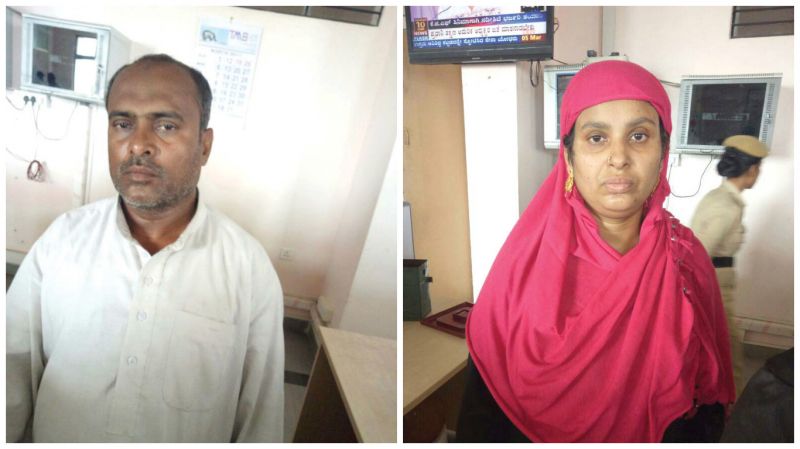 The police cracked the case with the help of clues given by Ayesha’s father Mohammed Nurulla Gulab, who had found his daughter’s hair clip and signs of black magic at Vaseel’s land when he was searching for his missing daughter.

“Based on his statement, the suspects were picked up and they confessed to the murder,” the police said. Two more suspects in the case have been detained.

“Their involvement in the case has been proved, but we are not sure whether they knew the intention of Vaseel and Rashiddunisa. They are still being still questioned,” the police said.

Tarakarathna to be shifted abroad for treatment

Telangana student shot at in Chicago mass violence, out of danger