The deceased was identified as Kamaraju (49), belonging to Tiruvannamalai of Tamil Nadu.

Tirupati: An alleged red sanders smuggler from Tamil Nadu was killed in an encounter on Friday in Gollapalli forest under Srikalahasthi range in Chittoor east division of Chittoor district, at around 7:30 pm in the fringes of Seshachalam forest.

The deceased was identified as Kamaraju (49), belonging to Tiruvannamalai of Tamil Nadu. According to Chittoor East divisional forest officer (DFO), R. Jagannadh Singh, a team of five forest officers led by a beat officer of Koduru range under Rajampet forest division, noticed about 14 men trying to cart away red sanders logs during their routine combing operations.

As the officials were tracking the miscreants, the latter had entered the Srikalahasti range, but still the forest staff continued their pursuit. Coming to know that there were only five officials, the miscreants quickly surrounded them and tried to attack them with billhooks and axes. Forest officials opened fire in the air with a 12-bore pump action gun, to threaten the group. 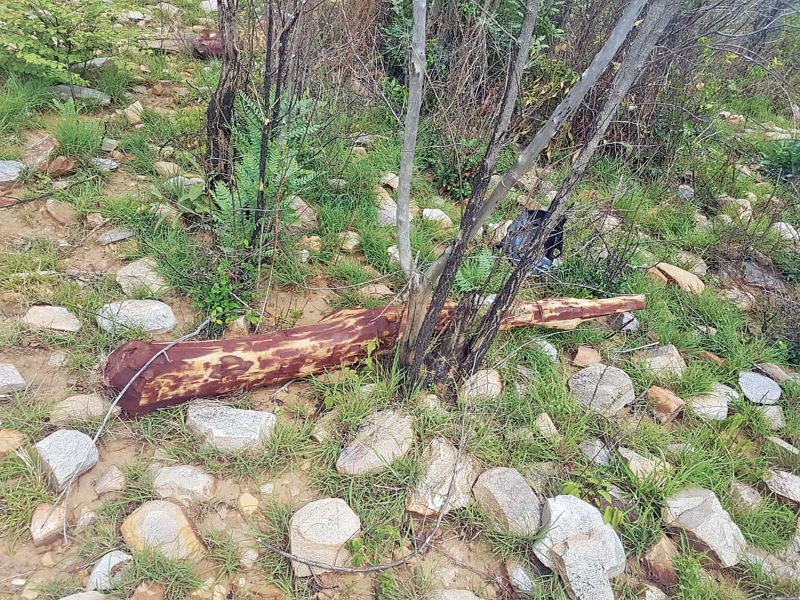 Despite the warning shots, the smugglers continued to move towards the officials in an aggressive manner. Another bullet was fired which hit Kamaraju on his right waist, and soon the remaining fled into the forest.

On Saturday, DFO Mr. R. Jagannadh Singh, Tirupati RDO Mr. G. Narasimhulu and Srikalahasti DSP Mr. K. Rama Krishna, inspected the scene of operation.
Speaking to mediapersons, Mr. Jagannadh Singh said, “fire was opened in self-defence. Our staff would have died had not they opened fire. We have retrieved four billhooks and an axe from the spot, along with two bullet cartridges used by the forest staff.”

Those who tried to spoil Punjab's atmosphere will get strictest punishment: CM Mann