Puducherry: A 21-year-old Pondicherry University student was found hanging from a tree near his hostel room on the campus late Thursday night. It  is suspected to be another case of  Blue Whale challenge online game which claimed the lives of many teenagers around the world.

The deceased was identified as Sashikant Bori, a first year MBA student hailing from Assam.

“He said  goodbye  and we will meet tomorrow. We don’t know what happened after that,” said a student. 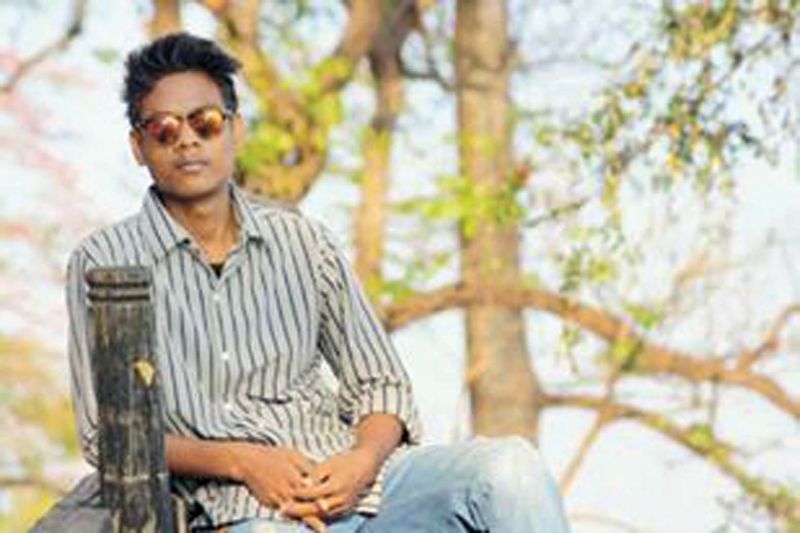 A police team reached the spot and the body was sent to postmortem to Indira Gandhi Medical College and Research Institute at Kathirgamam here.

It was Bori’s friends who had informed the police that he was playing Blue Whale game.

“Though we are not sure whether the game claimed his life or not, Bori sent the link of the Blue Whale game to his friends from Assam through WhatsApp. He didn’t talk with his friends for the last one week and skipped classes for the last three days,” said Subhro Roy, a  student from Assam.

The police recovered his cellphone and laptop and sent them to the cyber cell for further investigation.

“We were not able to unlock the cellphone and are not sure whether he was playing the game. The cellphone and laptop are with the cyber cell, an investigation is going on. Further details will be known after the completion of the inquiry”, said A. Babu, sub inspector of Kalapet police station.

Information from the reliable sources said no marks of  'Blue Whale' were found on the body of the boy.

The parents of the student will be reaching Puducherry on Friday night and a postmortem will be held after that.

K. Mahesh, assistant registrar of Pondicherry University, said that the administration will take action to prevent any such incidents in future. 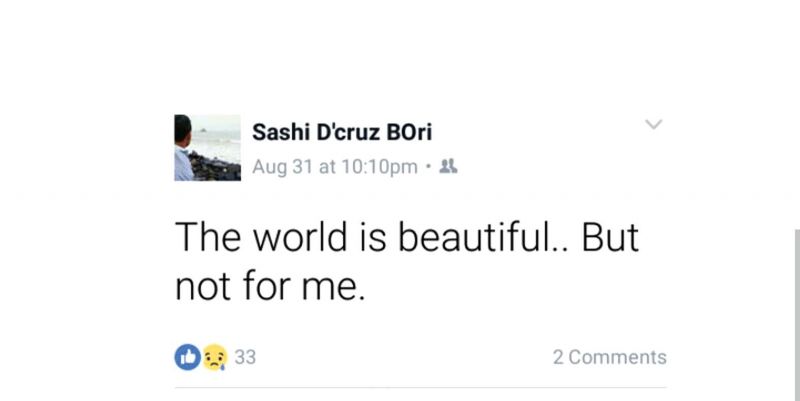 Last few posts made by the victim on his Facebook profile.

"According to the initial report, the student was playing the deadly game. We can confirm it only after the police investigation is over. If the Blue Whale challenge proves to be the reason behind the death of the student, then the university will take immediate action to conduct counselling among students and will ensure that no such incidents are repeated," he told DC.