Sex education has always been a controversial subject in India. But the reality is there are too many wrong notions about sex, thereby making such classes the need of the hour. What if we draw from our own culture to impart this necessary awareness to our children? Wondering how this can be done? Through dance mudras, of course.

Indian classical dancers have been telling stories to the world through their abhinaya and mudras for decades now. If we have classical texts that explore the subject of sexuality, why not rely on our wisdom of dance to educate our youngsters? Patruni Sastry, a professional with an MNC and classical dancer from Hyderabad, is doing exactly this.

Patruni, who was born and brought up in West Bengal, started learning dance since the age of five. Initially, he started learning Bharatanatyam but then moved on to Kuchipudi and Odissi too. Patruni is now using his knowledge of dance to develop a unique style called ‘Expressionism’ — a new way to tell stories of awareness to society. He elaborates, “According to me, dance is a tool to express complex ideas — anything from ragging to gender studies.” 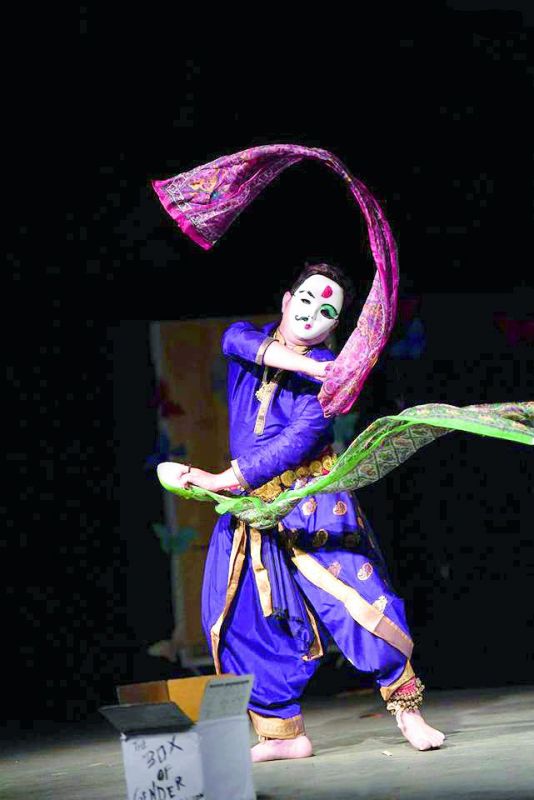 Patruni uses Indian dance to raise awareness on social issues. “I started experimenting in college with dance programmes on anti-ragging to alcohol problems. Interestingly, everyone took note of it. Later on, I took up research on various aspects of sex education. This research led me to understand that sex education was difficult for a lot of teachers, simply because they were uncomfortable using the terminology directly or indirectly in class. To avoid doing so, the educators skipped it with random context, only leading to more confusion. There is a huge gap in understanding sex education,” he shares.

But his sole focus isn’t sex education. He explains, “I let my dancing do all the talking. Last year, we presented the story of Yoni (the womb), where using the analogy of the Hindu goddess Kamakhya, I showed the cycle of menstruation. Other known presentations are Pancha Pandhakas (untold queer characters of Indian mythology), La Nari (why women suffer), Wild Cry (on animal abuse), Aratrika (indulging with alcohol addiction), The Closet (a dance act on gender fluidity) and La Sya (the journey of gender fluidity) among others.” Patruni uses various props like masks and dupattas to show movements and with the help of abhinaya and mudras, he tells a story easily. “I want to visit more schools and colleges with my dance productions to raise awareness about sex education. Next month, I will be attending a seminar on it and will also present a TED talk about my way of dance,” he concludes.