Walking for a cause

These bikers garnered a lot of attention.

Raising slogans, holding placards and walking to bring awareness defined Sunday morning for thousands of Hyderabadis who gathered at KBR Park. Shouting ‘Say no to drugs’ on the top of their voices were people of various age groups. 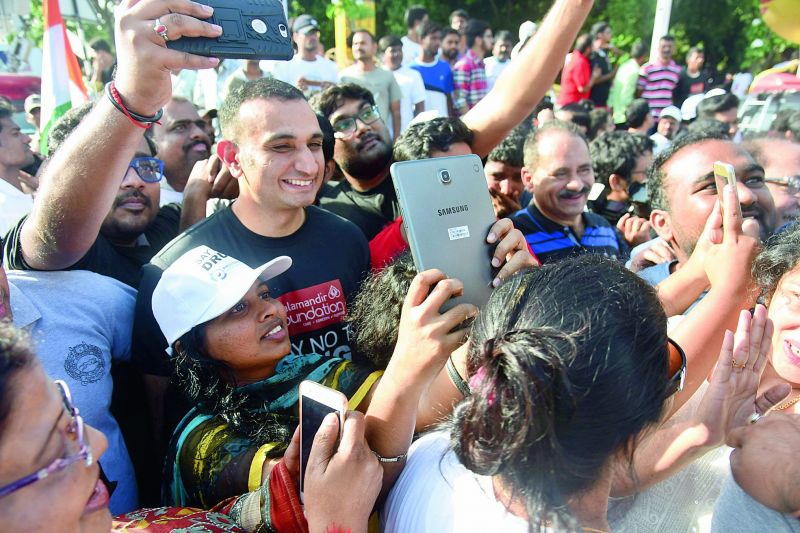 Akun Sabharwal was the star of the morning with everyone hailing him as a hero, and several people thronging him for selfies.

Neeraja Varma, a student of BVRIT College of Engineering, came with a group of about 100 students and professors from her college. “We planned this just two days ago and decided that as youngsters, it is necessary to campaign for the cause,” she said.

Hindustan Royals, a biker group from the city, came to escort the walk too. These 70 bikers were the highlight of the morning as they drove alongside the entourage. Talking about the participation, Sudhir, a member, shares, “We love doing cause rides and never leave an opportunity to do so.”

The members of Swarna Bharat Trust also came in full support. Gopichand Talluri of the Trust said that gathering his 100 companions was a very easy task. “Many were very keen to come and be part of this,” he said. 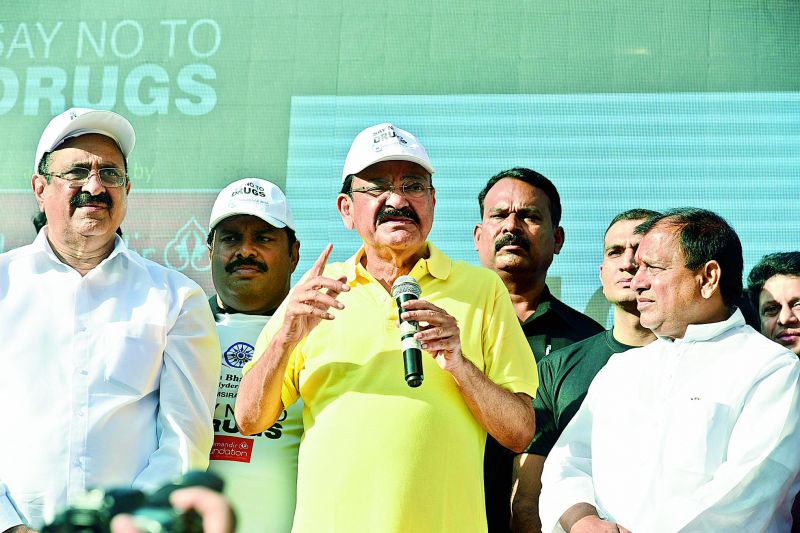 Interestingly, most of the participants were groups of cyclists, doctors, IT employees and students. Speaking about his experience, Subhash Kancharla, who came with cousins, said, “What’s more exciting than being part of a cause like this? When the public comes out in huge numbers, that’s when change and impact can happen.”