Cosplay enthusiasts from the city

A club that started off with just three members and grew to a 100 in a year, is now a Facebook group of over 1000 cosplayers. “The club has a turnout of at least 50 people every time it meets up. We all help each other out in any way possible, be it in the form of information, support, help, guidance or anything else related to cosplay,” states Sai Prakash a.k.a Blue Bolts.

The growth of cosplay culture is synonymous with a change in the preferences of people in the city towards a more global pop culture outlet instead of regular Bollywood and cricket-based fandom. “The craze of superhero movies, anime and binge watching TV shows including K-dramas and a dramatic rise in gaming habits has led to cosplay becoming more popular,” says Zohair Khan a.k.a. Kiwi Lemon Sorbet, who comes up with the most creative and classic creations every season but is best known for his King Leoric cosplay from Diablo.

“Mythology will remain ever popular with every generation of Indians. It’s ingrained in our culture and is a treasure trove of stories and content that will never run out.

“Therefore, millenials always show a keen interest,” says Jatin Varma, founder of Comic Con India, who shares that the seventh edition of Comic Con India 2019 will kick start in Hyderabad on October 12 and 13.

More creativity
Cosplay is giving (mainly young) people a new-found creative outlet. Creative skills such as sketching and design development have now become the norm for many people who were novices earlier.

“My cosplay journey started in 2015 — from a casual cosplayer with minimal effort and inaccurate costumes to a professional cosplayer with elaborate and detailed ones by learning the art in different forms (armor work, sewing, make up, etc.). I’ve also been introducing other people to cosplay or making them better through workshops,” says Zohair, adding, “I connect to the inner geek in me and get a great deal of appreciation for every single costume that I design for events such as Comic Con or Halloween. But there’s still more to come!” 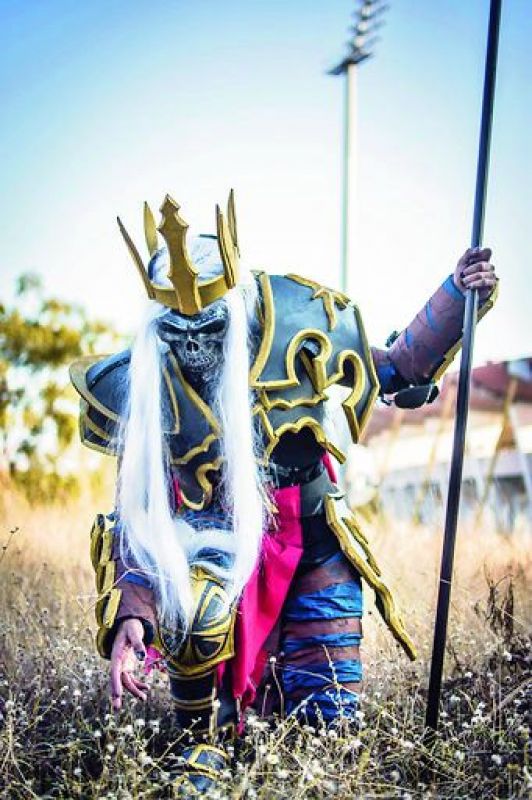 Way of life
For many people who attend comic conventions, cosplay isn’t about the particular costume they have chosen to wear, it’s about getting to be their favourite character for the day.

“As cosplayers, we are slowly garnering fame and attraction with the increased growth of fandoms for multiple pop culture shows and events. Every person has always wanted to be or meet their favourite characters at some point. We fulfill those dreams of bringing characters to life. It’s like meeting your celebrity crushes,” says Sai Prakash a.k.a Blue Bolts, a Chartered Accountant, who started Blue Boltz Cosplay & Props in 2014 and is particularly known for his Black Wargreymon cosplay.

Cosplay is no longer just about dressing up in costumes. It has evolved into an art, an inclusive hobby and a creative pursuit — and for an increasing number of people, even a way of life. “For me, it’s about letting your creativity take a tangible form while making money from it. Also, it lets you have fun while you’re at it,” says Saumya Sharan, a dentist and one of the renowned cosplayers in India.

For enthusiasts of cosplay — the art of dressing up as a character from film, books or mythological characters — frequently goes further. “I started cosplaying in 2013 with the first Comic Con express in India, after which we started the Hyderabad Cosplayers Club. I have been a regular attendee at Comic Cons ever since and a cosplayer every year, not just in Hyderabad, but in some other locations as well,” shares Sai Prakash, who adds, “I have won five cosplay category prizes in the last five years at Comic Con Hyderabad, with my Black Wargreymon being my favourite cosplay in 2016.”

“The audience is into all kinds of content — not just international content, but unique, fresh Indian content too. It’s still a small set of individuals who mostly do it on the side, but it’s growing steadily, and the day is not far when cosplay will not just be a steady paying profession but a known one too,” predicts Jatin.