A search on the latest trending Malayalam short films on YouTube will generate a list where Devika +2 Biology has been consistently maintaining its place since June 21, the day it was published, with around 6 lakh views. Written and directed by Akhil Anilkumar, the short film is about a young couple. On the first night of their marriage, the husband, who is pretty much open in his relationship with his wife, asks her about her unfulfilled desires.

An overwhelmed Akhil, who has directed four other short films – Adi, Anch, Avittam and Abin Michael –says this is for the first time that his work is receiving these many views. He adds that he received the thread of Devika +2 Biology from a particular incident. “There are certain names that get etched on our minds. Devika is one such example. Years back, I visited a hospital for getting a dental treatment and the nurse’s name who attended on me was Devika. From then on, the female characters of my stories have this name, I don’t know why. Since she is a nurse, I knew she must have opted for Biology in her 12thstandard. It was one of my friends who told me that cockroaches would be a great idea as the prop she throws on her teacher because everyone who studied Biology in their higher secondary classes would remember dissecting a cockroach. Regarding the lead character Rajesh, his mannerisms reciprocate those of mine and thus it was easy for me to give shape to the central character.” 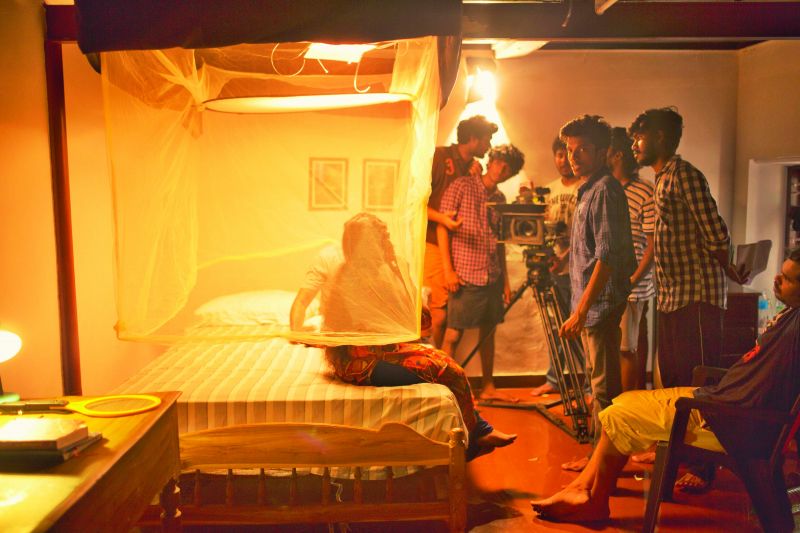 Akhil says he prefers working on small stories that do not have complex aspects. However, he takes care to narrate them well so that the continuity remains intact, which intrigues the viewer to sit through the entire short film. “One of the issues with short films, I feel, is that since they are short, most of the viewers are tempted to watch the climax right in the beginning. But I make sure that they don’t do it while watching my films. In Devika+2 Biology also, the first scene where Rajesh enquiers Devika about her unfulfilled dreams and decides to fulfil them, a viewer is forced to watch the entire film to know how he does it or whether he would actually achieve what he wants to. Moreover, the story is executed in such a way that one character is not the protagonist. Here, though the story starts with Devika, as it progresses, Rajesh and the professor too have a strong part to deliver.” Mollywood is the ultimate dream of the young director, who adds that the script for his first feature film is complete and that he is in talks with different producers. The subject, he says, is a female-centric one and the film will be a complete entertainer.